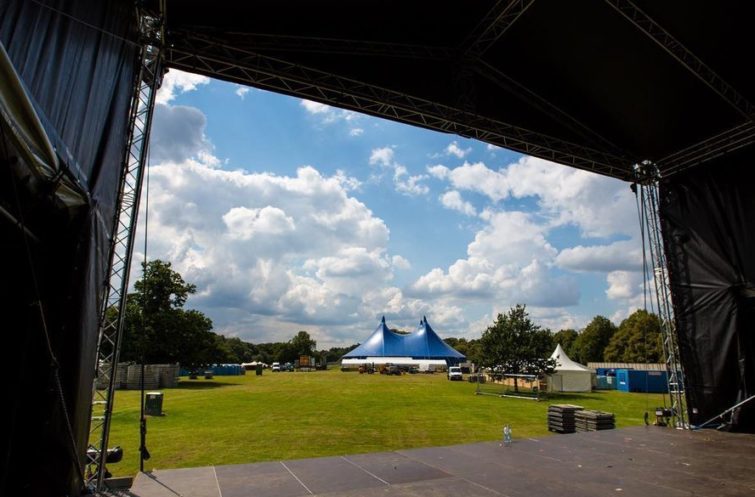 The infamous Fyre Festival is back again, well kind of. Britain had a disastrous music festival this past weekend. And when I say music festival, it was more just people gathered in one place with little music. Metrofest was promised to be the “first-ever festival dedicated to R&B and Hip Hop culture.” The scene’s most “iconic figures” would be in North London.

Instead, headliners never showed up, leaving thousands wandering around in the mud. Sounds like a classic UK festival. It was scheduled to take place on Sunday, August 8th. 15,000 people would be there paying up to $110. They were embraced by rain and half of the lineup. Many fans are requesting refunds after Mya, Eve, Blackstreet, and Tony Touch pulled out of their performances.

Now dubbed “Britain’s Fyre Festival,” organizers are left somewhat in shambles. They clapped back at accusations claiming there were problems with COVID-19 testing for performing artists. They had this to say in a statement:

“Unfortunately, due to circumstances beyond our control, Blackstreet and Mya, who were scheduled to appear on the main stage, refused to perform at Metrofest for their loyal fans who bought tickets for the event…It is also very disappointing that Blackstreet has since released an eighteen-minute video on their social media accounts, containing false accusations in an attempt to shift the blame onto the Metrofest team.”

Sounds like drama to me! While from the outside the festival seems like a disaster, some actually enjoyed themselves. Fat Joe and Bobby Valentino seemed to put on sets that got the people going. Twitter of course had their fun with the whole fiasco.

When Fyre Festival first occurred we knew it wouldn’t be the last festival to be a mess. In a way, it was actually a good thing. Festivals now know what not to do. Unfortunately, some haven’t learned fully quite yet.