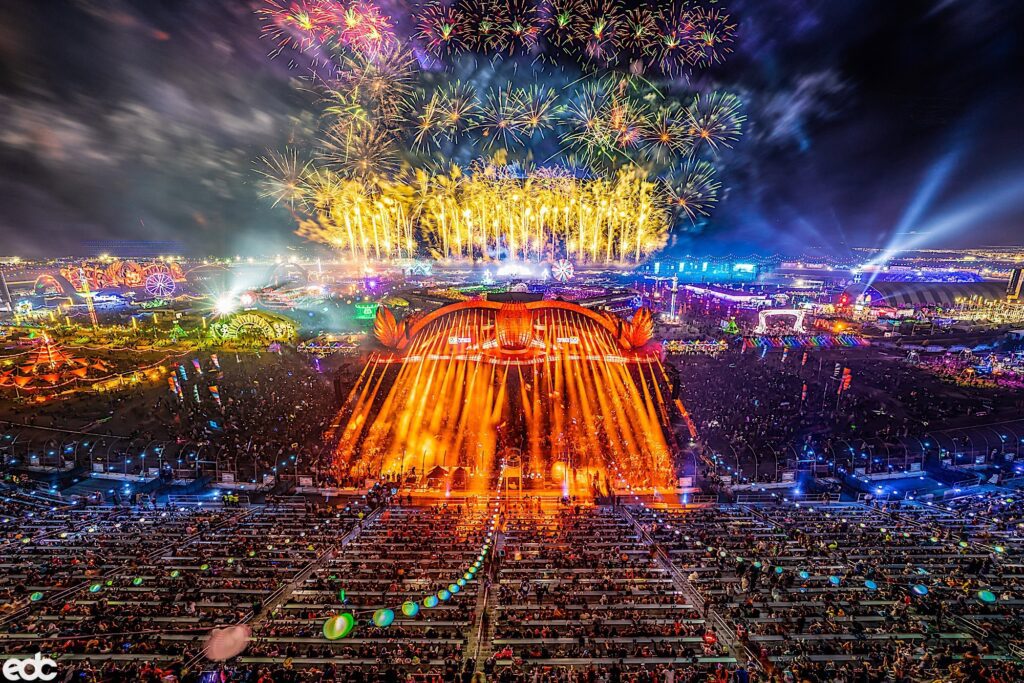 EDC Las Vegas came close to a terrorist attack. How? An EDC ticketholder threatened the festival with a chemical attack over not receiving a refund two years ago. This happened due to COVID-19 cancelled the event during the start of the pandemic. News of this comes to us from Fox News.

Firstly, the suspect is 29-year-old Abraham Hurtado-Castrejon from North Las Vegas. Secondly, he bought his EDC LV ticket two years ago for $350. Thirdly, he claims that Insomniac did not refund him after its cancellation back in 2020. In retaliation for this, he threatened them with violence over social media in an attempt to get his money back. What’s more, he sent a video message threatening to pop fentanyl balloons at the festival. Now, this scare tactic did not sit well with the Las Vegas Metropolitan Police. And this is definitely considered an act of terrorism through lethal agents or prohibited toxins, according to authorities.

“Insomniac has records of a refund provided to him in May 2020.”

In response to Insomniac, Hurtado-Castrejon claims they never sent him a refund. After, EDC reps tried to offer him money to which he responded with “It’s too late to try to fix it. Ya’ll had two years”. Police launched a counterterrorism unit and discovered selfies on the suspect in tactical vests with a 3D-printed AR-15 and rifle on social media. In addition, police found a vehicle and positively identified and traced him.

They arrested him on October 22nd outside a grocery store near his residence. He holds a criminal history out of California and West Virginia. He’s on house arrest for a number of charges. Those include threats, false information, act of terrorism, and possession of a firearm by a non-US citizen. His next hearing is on February 24th at 9 AM. Talk about taking a grudge way too seriously. We are glad that he has been detained.