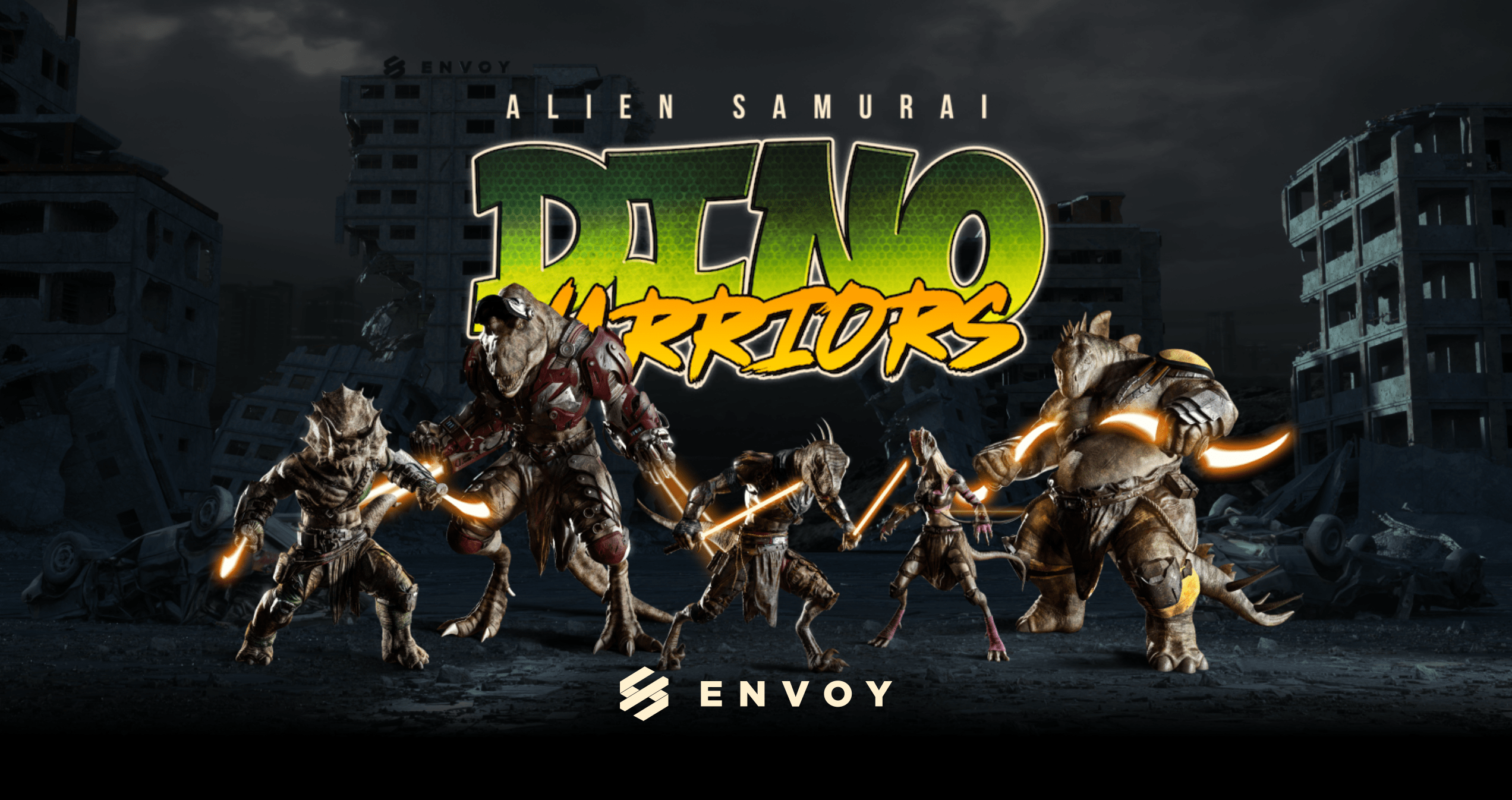 If you’re someone who is interested in comic books, music, and NFT’s (Non-Fungible Tokens), you’re in luck because two-time #1 DJ in the world Dimitri “Vegas” Thivaios just announced that he’s partnering with ENVOY Network Company to produce and release a new exclusive collection of NFTs with a dream team of comic book creatives! Working with ENVOY Network has allowed them to turn those NFTs into more than just Non-Fungible Tokens. They’ve become keys that are more than just an asset and unlock amazing content.

Their new collection, entitled “Alien Samurai Dino Warriors” will entail an introductory art collection of some of the various main comic characters, prior to the release of the graphic novel series that will entice the world with the foundations of the mythology and stories of the dinosaur’s first adventures. They are a group of adolescent dinosaurs who must master both martial arts and how to be modern-day teenagers in order to defend what they call their new home, Earth.

Dimitri says that the whole process of “translating this idea into an NFT fueled powerhouse with groundbreaking ENVOY Network has been very exciting” and the inspiration of the entire project which can be traced all the way back to his childhood passion for 80s comics and cartoons  “very special to [him].”

Vegas has had the opportunity to assemble his own development team consisting of acclaimed producer David Ulsan and his renowned father Michael Ulsan, the originator and executive producer of the Batman movie franchise beginning from 1989’s Batman through the Dark Knight trilogy and Joker to 2022’s the Batman. Dimitri happens to be long-time family friends with the Ulsan family and they are thrilled to be working alongside him and his Dino Warriors team on this new, exciting endeavor.

This dream team also consists of notable comic book writer Erik Burnham, best known for writing his Ghostbusters, Back to the Future, Transformers, A-Team and Teenage Mutant Ninja Turtles comics. Another addition to the team is editor Heather Antos, who launched Marvel’s Star War series to over 1 million copies sold (an industry first in over a decade),  is responsible for the co-creation of Marvel’s character Gwenpool, and is currently leading Marvel and Idea & Design Works’s (IDW) Star Wars Galaxy.

To register for this very special collection, find your way to www.dinowarriors.io.