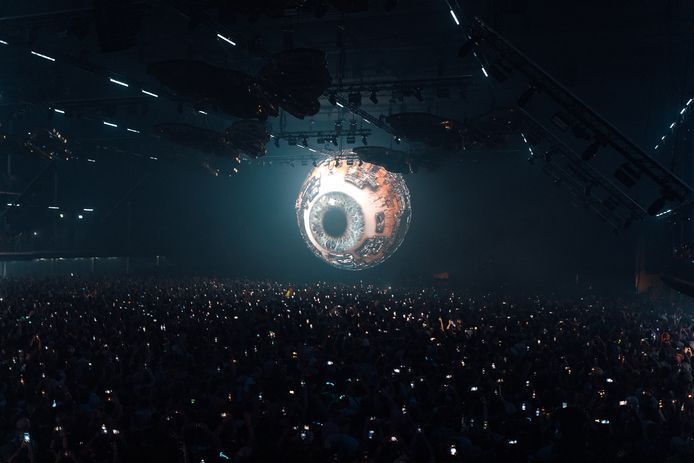 Once again, Tomorrowland is teasing its fans with what could be a massive release. Earlier today, Tomorrowland posted an image from one of its most magical sets. The Eric Prydz ‘HOLO’ concert appears to be scheduled for what could end up being one of the biggest video releases Tomorrowland has had.

Tomorrowland has once again proven it has no match when it comes to creating a whole new world based on dance music. Stages, costumes, performers, fireworks – it all comes together to create a perfect world for each and every one of their attendees. On top of it all comes the crown jewels – the DJs. The conductors. Those who are responsible for setting up the mood for the entire festival.

Every year, hundreds of the best artists gather at Tomorrowland with the intention of giving everyone in there the time of their lives. For those who enjoy the visual aspect as well as the hearing aspect of dance music, Eric Prydz’s HOLO set is one of the meccas of dance music. The Swedish DJ brings together the most magnificent set of visuals inside the industry and pairs them up with his unmatched selection.

As the post announces, Tomorrowland’s newest surprise for its fans will arrive next Monday. So, turn on your reminders and get ready. We don’t know what’s coming, but we’re sure of one thing. Be it HOLO or something else, Tomorrowland will give us yet another amazing gift!