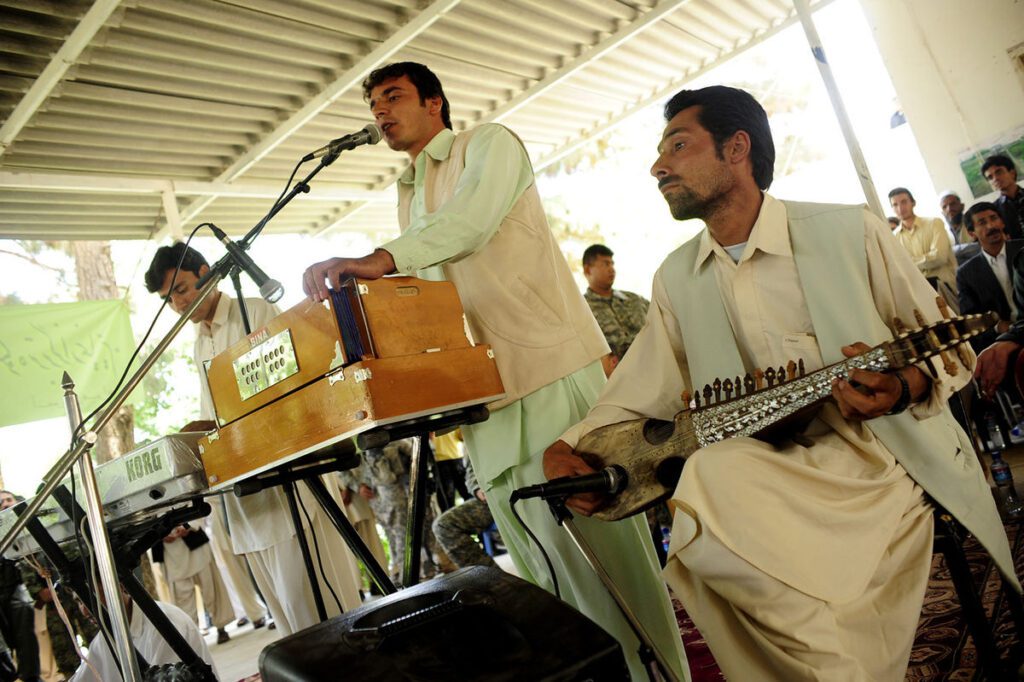 Following the withdrawal of American troops, the Taliban has reclaimed power in Afghanistan. This rulership will be a stark contrast to the last 20 years of American leadership, which will include the reintroduction of Sharia Law, woman needing a male escort out of doors, and the banning of music in public.

In an interview with the New York Times, Zubihullah Mujahid discussed the governance of the new regime. He claims that “Music is forbidden in Islam”, although some exceptions can be made for vocal recitations of the Quran. The last time the Taliban was in power (1996-2001), all music was banned.

Already, Afghan Radio and Television are airing Islamic songs only. Although it is unclear if the Taliban ordered these changes or if it was a preemptive strategy from the networks to avoid conflict with the regime.

Afghanistan ethnomusicologist Ahmad Sarmast said in an interview with Newsweek that the Taliban attitude has little to do with Islam. Quranic recitation, Qiraat, is a type of song in which the Quran is recited. This is considered music and it is okay under the words of the Quran.

“It’s a totally uneducated, narrow, and almost illiterate people who are misinterpreting Islamic ideology. There is nothing explicit written against music in the Holy Quran.”

One might be surprised to find that the sacred document of Islam, the Quran, makes no explicit mention of music in its pages. However, the Hadith, a collection of the traditions and practices of the prophet Muhammad, does make this claim against music. While the Quran is considered universal truth amongst Muslims, the Hadith is more open to interpretation. For example, Nigeria and Pakistan both have a celebrated practice of devotional music in their cultures.

Afghanistan also has a rich musical history. It is a history of long-necked lutes and Indian tables. Music that pulls its melodies from Persia and its composition from India. And has a confluence of ethnic groups from the Pashtuns to the Tajiks to the Hazaras. But for now, it seems, the music will be silenced.