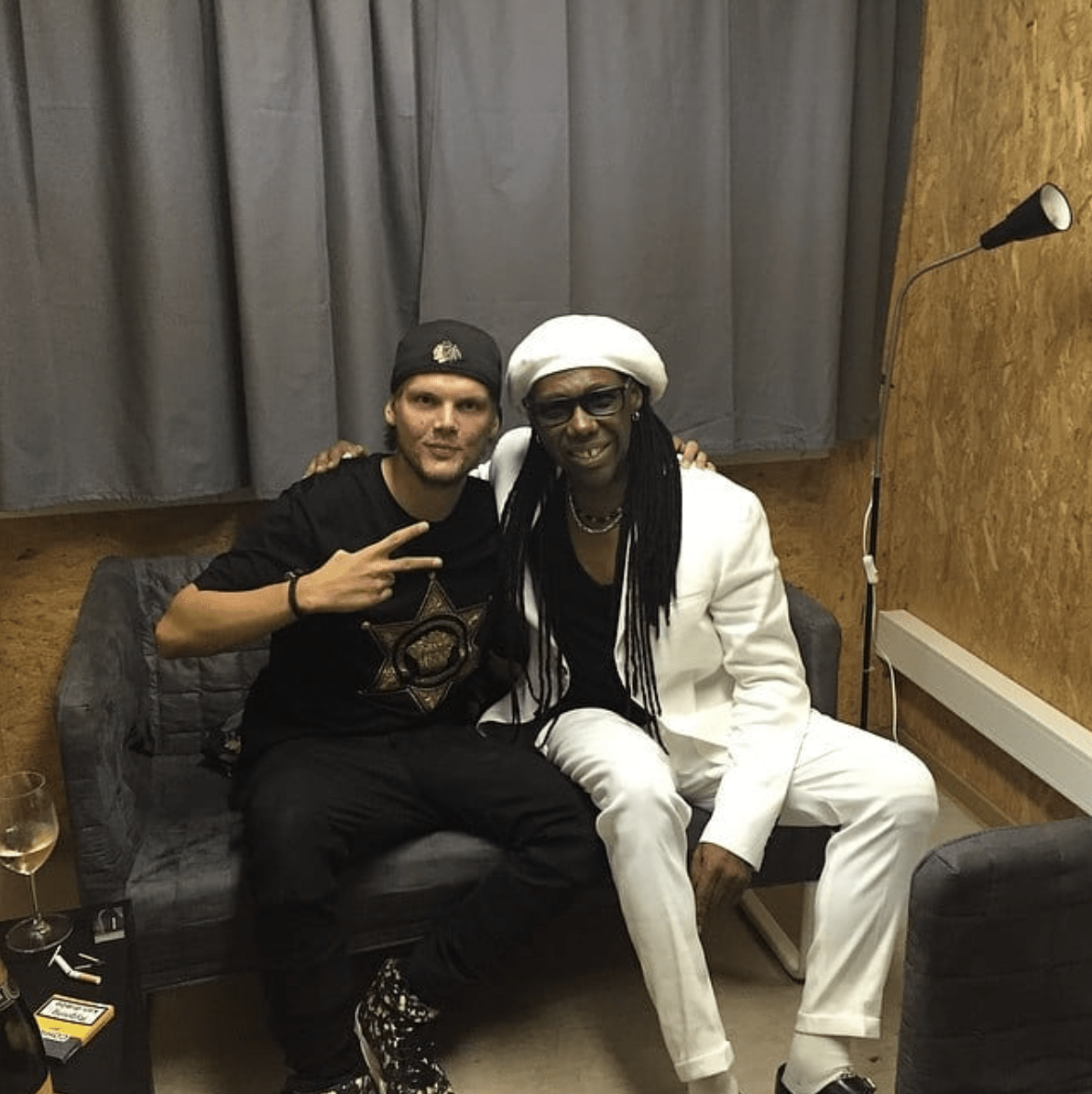 The name of Avicii continues to thrive and bring excitement to the music industry. Since his death, a couple of artists expressed their desire to share unreleased Avicii music. Back in March, Aloe Blacc revealed that several unreleased tracks with Tim Bergling are still waiting for approval to be released. This week, Nile Rodgers did the same. In fact, the legendary musician revealed in an interview with a Norwegian/Swedish television talk show Skavlan that he had a few collaborations with Avicii in his possession.

Nile Rodgers already worked with Tim a few times in his career. As a matter of fact, Rodgers co-wrote ‘Lay me down‘ with Avicii. The guitarist also helped the Swedish DJ to write his first album, True. During the interview, Rodgers revealed that he would like to release the music that Avicii and he made, with the blessing of the late DJ’s family and estate. Here is what he had to say about his friend :

“I love Tim. We wrote a lot. I used to say—and I’ve said this many times—that if you put Tim and I in a room together for one week, we could write the entire top ten. I mean, that’s how talented he was. He was a natural melody writer. Even though he didn’t read music, he didn’t understand it technically, but for some reason, spiritually and artistically, he had a gift.”

However, Nile Rodgers made it clear that he would not be interested in working on any music that he didn’t have a part in. Surely, many hope those songs will see the light one day. For now, we can only dream about what those collaborations may be.