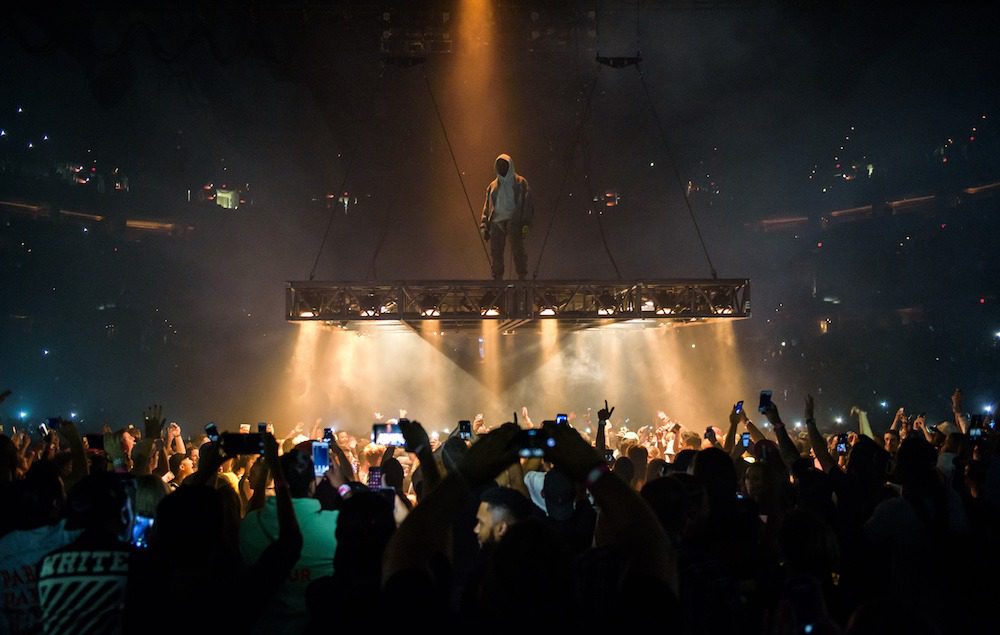 There have been a few rumblings over the last few weeks that Kanye West is set to release new music. But on July 20th, those who watched the NBA Finals witnessed a commercial by the famous rap star which revealed his 10th studio album, Donda, is set to be released on Friday, July 23rd. The commercial features U.S. track star Sha’Carri Richardson. The music accompanying the montage is a snippet of Kanye’s new single, “No Child Left Behind“.

Obviously, the world began buzzing about the news. Then, a photo was posted onto Consequence’s Instagram account featuring a photo of a quick sketch of a triangle. While the drawing looks quite simple. However, many inferred that it represents what could be a stage set up. Also, ‘Rolling Loud‘, Donda, and July 25th, 2021 are written at the top of the page with ‘KW’ at the bottom. This weekend, in Miami, Rolling Loud is set to happen with the biggest and most respected names in the industry. Full lineup is below!

So, it’s safe to say that Kanye will be there and performing the new album for the first time. Many on the internet are also noticing the similarities between the drawing and Daft Punk’s pyramid stage. If that’s the case, it’s going to be iconic.

It’s also safe to say it’s going to be one hell of a show. Tickets are sold out but luckily there is a NYC and California edition of the festival coming this fall.