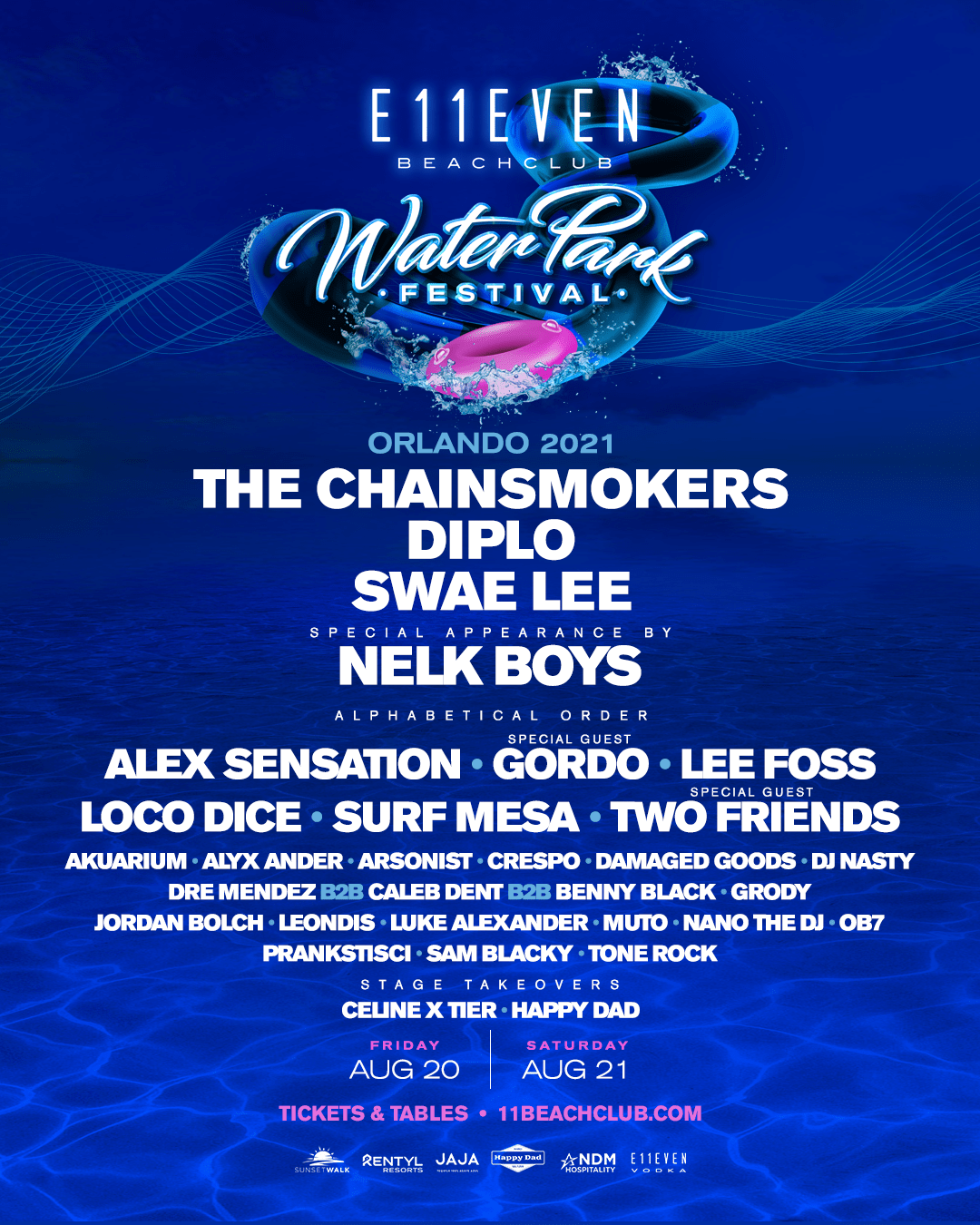 E11EVEN BEACH CLUB Miami is ready for the summer. And what’s better than a Water Park Festival? Tbh, I wasn’t sure I was going to be writing this today. A festival at a water park isn’t something I had on my radar, but, after listening to the whole idea, I can’t deny it’s a damn good one. Taking place from August 20 to 21, E11EVEN Beach club water park festival will host a lineup filled with some of the biggest DJs and artists including Diplo, The Chainsmokers, Gordo, Swae Lee, and many more!

Festivals continue to come back in the USA. After waiting for a whole year, events are ready to come back and save our industry. As I said before, a festival as a water park isn’t something I had on my mind. However, it sounds like the perfect opportunity. Sun, waterslides, and dance music. What more could I ask for? The lineup is a pretty good one, having at least one DJ for everyone. Who knows? Maybe you’ll be able to catch a Gordo X Diplo B2B.

E11EVEN BEACH CLUB MIGHT BE THE FIRST OF MANY

Staying closed for a whole year damaged the clubbing industry more than we can ever imagine. Now that we’re back, it’s up to club owners to try and find a way to come back as fast as they can. Partnering up with festivals and big events might be the best idea to try and recover the time and money lost as fast as possible.

E11EVEN’s very own announcement goes as it follows:

From #11Miami to Orlando, slide into a new wave of entertainment: introducing the 1st annual E11EVEN BEACH CLUB WATER PARK FESTIVAL with headliners The Chainsmokers on Friday, August 20 and DIPLO on Saturday, August 21 and a special appearance by Nelk Boys on both dates.

Will you be going to E11EVEN BEACH CLUB WATER PARK FESTIVAL?