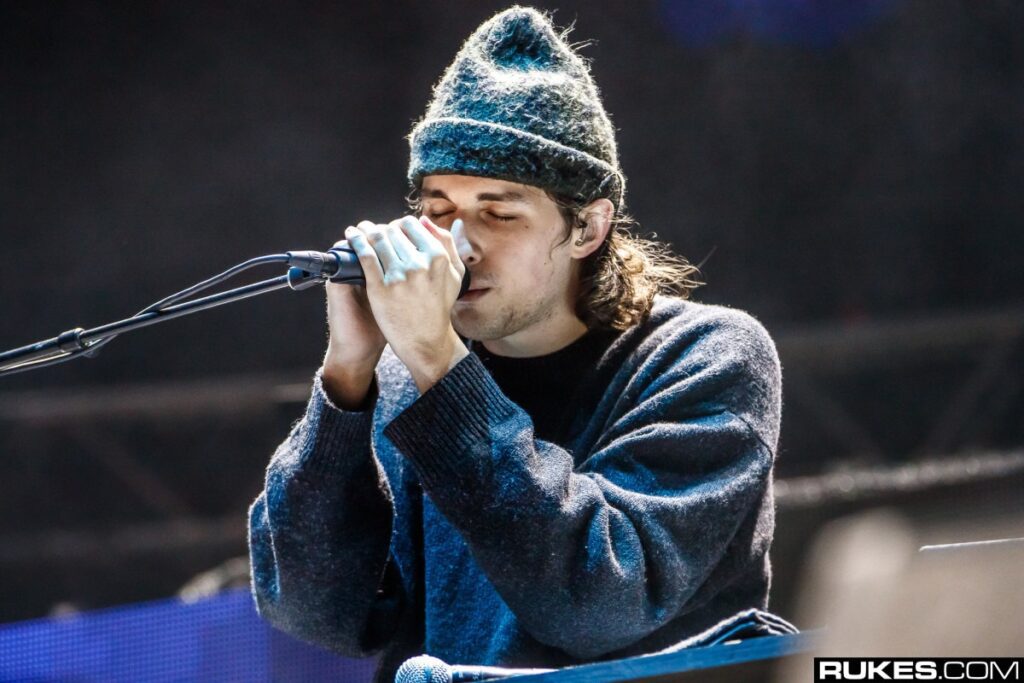 Few artists have garnered the diehard loyalty Porter Robinson has in his career. The multi-genre producer has helped to usher in a new era of dance music in that time, and we share greater appreciation for his impactful contributions with each passing year.

To celebrate Porter Robinson's birthday, we are turning back the clock to some of his biggest career moments thus far.

Porter Robinson's Spitfire EP was not the rising complextro producer's first work, but it was his first long-form project, which poised the star for a breakout. The EP, which became the first release on Skrillex's OWSLA imprint, included six originals and a handful of remixes.

The cover, featuring a Titan II GLV rocket lifting off, was predictive of Robinson's success to follow as Robinson's EP jumped to #11 on the Billboard Top Dance & Electronic Albums chart. The effort additionally spawned hit remixes, including Knife Party's no-holds-barred "Unison" remix and Kill The Noise's spin on "Spitfire."

By the time Porter was gearing up for his debut album rollout, demand was at a fever pitch. However, even then, few initially knew what to expect.

When the album's lead single "Sea of Voices" dropped, it was the first signal as to how big the effort would be. As the 2014 Oscars took over TV, Robinson's "Sea of Voices" trended worldwide online. At the time, Robinson was determined to create music outside of the mainstream electronic music spectrum. The change in mindset yielded timeless electronic hits like "Divinity," "Sad Machine," and "Lionhearted." The risk paid off, and it laid the groundwork for the rise of numerous indie-electronic acts to follow in the album's wake.

Porter Robinson and Madeon Embark on The Shelter Tour

Madeon and Porter Robinson's fanbases have always been interconnected. However, few could have predicted the heightened response to the two producers' collaboration "Shelter." The hit song inspired its own short film and a tour with over forty stops across several continents.

Originally known to each other as "rivals" competing on a music production forum at ages 12 and 14, who could have guessed that Madeon and Porter Robinson would together inspire the next generation of producers with one of dance music's most beloved collaborations?

It's rare that artists rise to such prominence that they can successfully throw their own music festival. Porter Robinson did just that with the inaugural edition of Second Sky Music Festival, a two day event on the San Francisco Bay. Tickets sold out in less than an hour for the event, which saw Madeon, G Jones, Nina Las Vegas and more take the stage. Robinson worked double-time during the event, opening the show with a set as Virtual Self before closing it down with a one as Porter Robinson. Even Skrillex showed up as a special guest.

The mission of Second Sky was simple in Robinson's mind. "The main reason I’m doing this is because there’s a ton of amazing artists I want to share with you," he told the crowd.

"I wanted Virtual Self to be something that a good chunk of Porter fans might reject," Robinson said of "Ghost Voices" in early 2018. "I don’t want anyone to have to force themselves to try to be a part of it. I want this to be for people who love it as much as I do," he elaborated.

Turns out, Robinson dramatically underestimated the appetite for Virtual Self, his hard dance and neo-trance side project. After releasing the multi-track Virtual Self EP, "Ghost Voices" quickly stood out, receiving support from Calvin Harris and other dance music heavyweights. However, the pinnacle of its success came with its Grammy nomination in 2019, something that was so far removed from Robinson's expectations that he ended up finding out about it on Twitter.

What have been some of your favorite Porter Robinson moments? Let us know on social media and join us in wishing him a happy birthday.