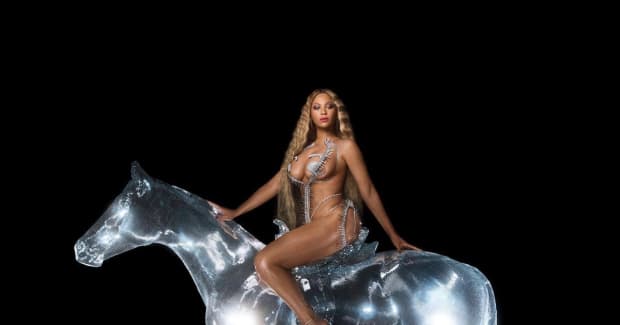 It's album release month for Beyoncé, and the world is waiting on bated breath.

After all, Renaissance's lead single, "Break My Soul," has already made history. Queen Bey is now the first ever woman to release 20 Top 10 hits as a solo artist as well as 10 as a member of a group.

Not to mention the house-minded rhythm and groove in "Break My Soul," which samples a timeless dance anthem.

With her previous albums, Beyoncé has counted artists like Frank Ocean, The Weeknd, Kendrick Lamar and Kanye West as collaborators. And based on the creative direction Renaissance seems to be headed in, it's fair to wonder whether or not house music producers are next up in her storied career.

Here are six artists we think would slay on Beyoncé's seventh studio album, due out on July 29th.

This freshly awarded Grammy winner has been the talk of the town since lending his production prowess to Drake's record-breaking dance album, Honestly, Nevermind. Renowned for interpolating his South African roots into cushy house melodies driven by high-profile vocal features—like "10 Missed Calls" (with Pharrell Williams and Jozzy) and "Ready For You" (with Celeste)—Black Coffee is a shoe-in for a Beyoncé studio nod.

Channel Tres has grown quite the reputation as a go-to vocalist, beat-bumping remixer and versatile solo producer. In fact, he was the first-ever artist to earn Tyler, The Creator's blessing for an official remix—of 2019's hit, "EARFQUAKE," no less. Tres' sultry edge and R&B-infused electronica aesthetic are a match made in heaven for Beyoncé's soaring vocal range and exhilarating lyrical flair.

The extensive discography of this Swedish electronic music icon is full of booming progressive house chart-toppers, laying the necessary framework for a true Beyoncé dance record. And while collaborations with Eric Prydz may be as rare as they come, who better to get him into the studio than the prolific Queen Bey? Just imagine the possibilities if an arrangement like Prydz's "Call On Me" was fused with the stylistic recipe of "Partition" or "Love On Top."

Counting Madonna as just one of her many fans, Honey Dijon is undoubtedly one of today's most iconic figures in house music. Her hypnotic sound design and matchless selector skills have led her to DJ sets for Louis Vuitton and Dior fashion shows, as well as walk the runway for the Virgil Abloh-founded Off White brand, making it highly likely that Bey and her fellow badass woman have rubbed shoulders on more than one occasion.

With only a handful of releases under her belt, Jayda G has cemented her status as a talent on the rise with her distinctly feminine touch and atmospheric style—both of which would blend effortlessly with the distinct ethos of Beyoncé. Plus, G's recent collab with Aluna, "Mine O' Mine," proved the Grammy-nominated producer's effortless ability to integrate her house and disco roots into vocal-driven powerhouse anthems.

Beyoncé has never been one to shy away from a little bit of funk, and boy, does Toro Y Moi have it. Simply take a listen to his smash hit "Ordinary Pleasure" or recent slow-burner "Postman." Lest we forget the chillwave style of his defunct house music alias Les Sins, which helped lead this indie pop icon into a leading voice of his generation. He's an unlikely yet highly compatible sleeper pick for Renaissance.