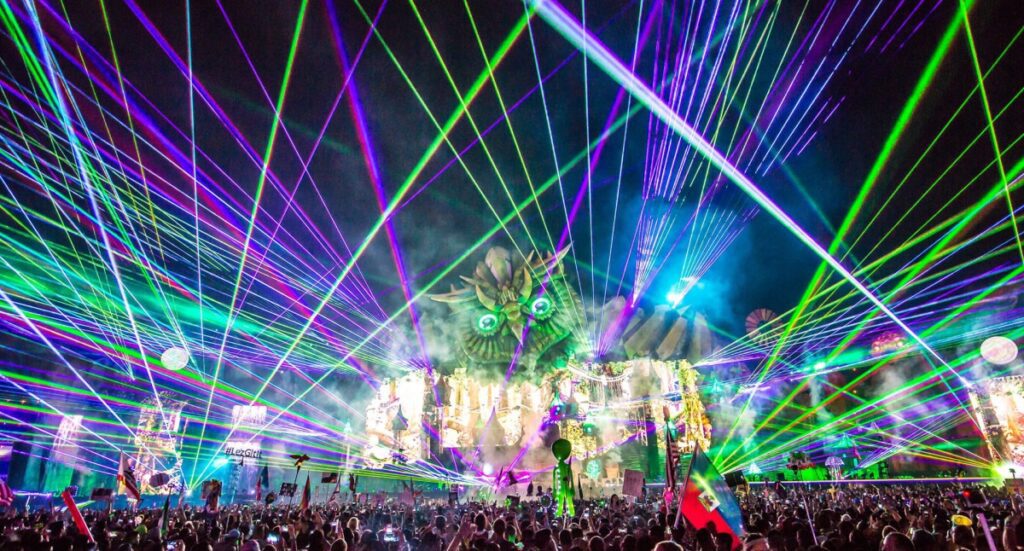 EDC Las Vegas' Virtual Rave-A-Thon dominated the Internet airwaves, featuring producers, DJs and artists from across the dance music spectrum. Nearly 200,000 people hit the streams at any given moment, leading to a barrage of #RaveAtHome tweets and more Tik Tok dance-alongs than you could count.

Here are a few of the artists who made a special impact with their performances on the EDC livestream.

The enigmatic ZHU took a unique approach, shooting inside a dark warehouse stuffed with thousands of mannequins and performing keys, live vocals, and DJing with distorted vibes pulling from 80's retrofuturism. Fans agreed that his performance came across not as a DJ set, but more like a 30-minute music video, complete with live instrumentation and a hauntingly unique, groove-laden sound that was all his own. Through it all, ZHU commanded our attention from start to finish, showing why he's one of the most original and inventive artists in the world today.

SVDDEN DEATH was the only artist given a marquee presentation slot on the lineup, performing under his new VOYD alias while donning what appeared to be a dead deer mask. Commenters described his sound as unforgivingly in-your-face, aggressive, and bass-heavy, delivering drops and buildups that were likely to shake your room even if you were listening on Bluetooth speakers. The elaborate visuals and relentlessly inventive dubstep stood out from the other performances we saw. This kind of set makes us miss true live music because his performance would have absolutely melted a festival audience.

One of the undiscovered gems on the lineup kicked off the stream by quickly commanding the largest audience of the weekend for a Discovery Project artist. Avoiding drop-heavy sounds in favor of dystopian techno, the Madrid native created a loopy, mind-bending vibe with his track selections and clever percussive layering. Some techno artists turned to hooded outfits or fabricated mystery to create intrigue, while Figment's music spoke for itself. Gorgeous drone shots of downtown LA supported his case for the surprise set of the weekend.

One of the reigning queens of global techno, Nicole Moudaber performed from her home on a DJ setup that resembled a spaceship in the Saturday night closing slot. Using her techno-focused Pioneer V10 DJ mixer to great effect, the Persian-British Moudaber wove in and out of tracks almost imperceptibly, making it feel like one long, tripped-out techno performance as opposed to a sequence of tracks. Her energy and bounce was obvious even from thousands of miles away—and let's not forget her trademark famously large hair. This is one name fans can't wait to see in clubs again.

Dirtybird's huggable papa, Claude VonStroke, came out with musical zinger after musical zinger, spreading cheer like a house music Santa Claus. The highlight tracks were all shouted out by name. With a profile that big, it's heartwarming to see him continue to spread love to lesser-known producers on such a big platform. Several exclusive tracks made it into his set as he bounced joyously in what seemed to be his living room. As a bonus, the visuals were some of the best of the weekend, slinking around in trippy fashion in the background as VonStroke celebrated on the decks and showed why he's the resident king of West Coast house music.

Insomniac’s virtual festival was a huge success in lieu of the live event originally scheduled for Las Vegas. The Vegas event has now officially been rescheduled to October 2nd to 4th, 2020.