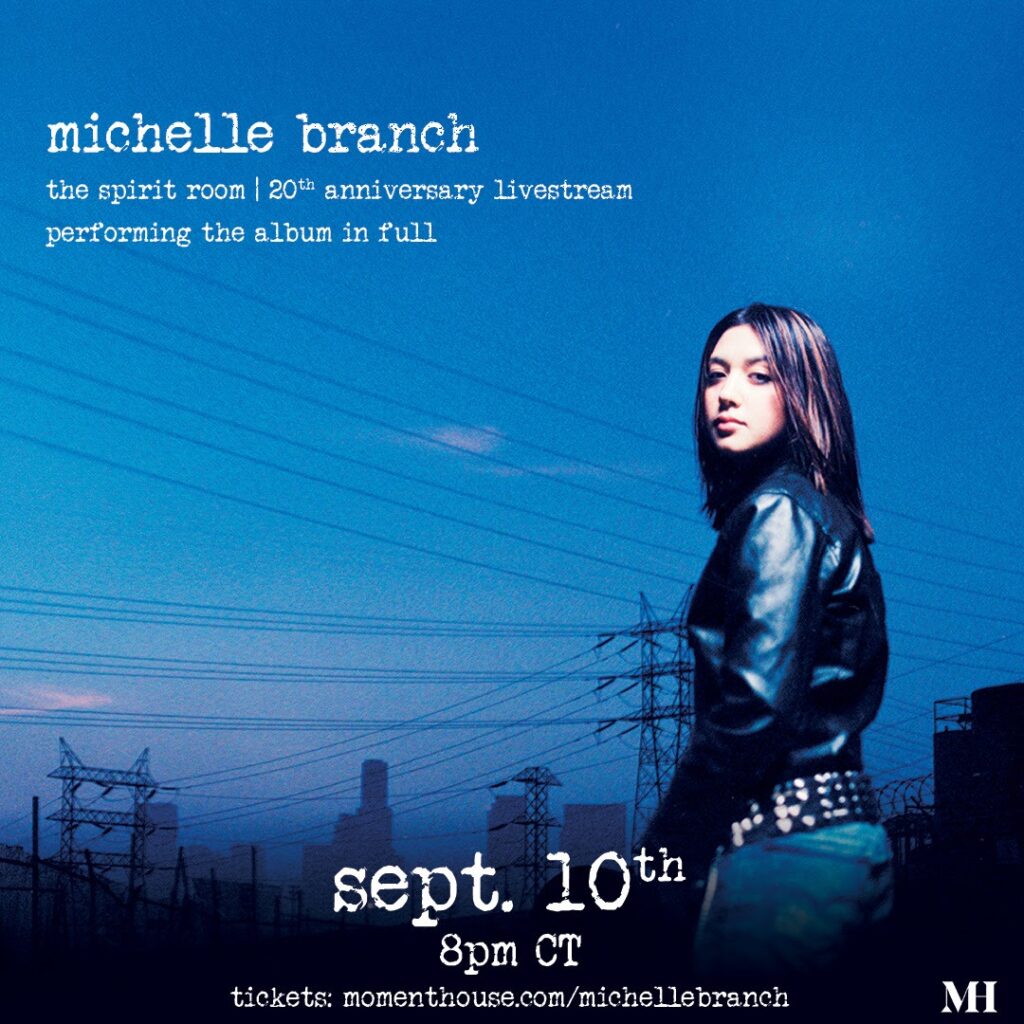 ichelle Branch has announced The Spirit Room – 20th Anniversary Livestream, a one-night-only performance in celebration of the 20th anniversary of her acclaimed debut album The Spirit Room. Presented by the premium digital live platform Moment House on September 10th at 8:00PM Central Time, the event will see the multi-platinum selling artist perform the record in its entirety in an intimate solo acoustic setting. Fans will have the ability to purchase limited edition merchandise, virtual meet and greets and an exclusive Q&A session with Branch on the night of the livestream, making for a truly interactive experience. Tickets for The Spirit Room – 20th Anniversary Livestream are available now here.

Branch originally released The Spirit Room in August 2001, which sold two million copies in the U.S. The seminal album featured the infectious and heartfelt hits “Everywhere” and “All You Wanted,” and ushered in a new era of young women writing and performing their own songs.