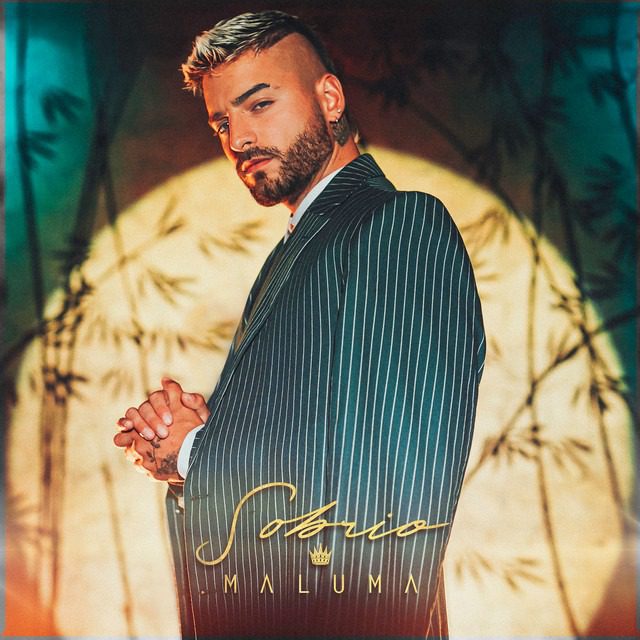 I am not a Spanish speaker at all, I know some of the basic words so I can’t tell you what these lyrics mean other than what the press release says but what I do know, is that this is some really good music. It’s the way he delivers the lyrics and the vibe of the whole song for me.

Now here’s the info from the press release to help you understand what you’ll be listening to shortly.

In ‘Sobrio’, written by Maluma, Édgar Barrera, Kevyn Mauricio Cruz, Alejandro Robledo, Filly Andres Lima and Lenin Yorney Palacios, Maluma once again sings about heartbreak but unlike the somewhat cocky Papi Juancho attitude he had in “HAWÁI”; this time he shows a more vulnerable side. The lyrics tell the story of someone who is only able to gather the courage to call his ex-girlfriend to tell her he misses her and say he is sorry, only after he has been drinking

Thus, in the beautiful cinematic music video shot in Los Angeles by renowned director Jessy Terrero of Cinema Giants, we encounter a Maluma that is definitely not sobrio as he drowns his sorrows when he sees his girl, played by Israeli fashion supermodel Eden Fines, on a date, with reality star Scott Disick, and then gathers the liquid courage to confront them, making a fool of himself in the process while still somehow looking cool as only Maluma could do. Besides cameos from Disick, singer/rapper Saweetie, actor/singer/model Quincy Brown and Australian supermodel Shanina Shaik, the video has an unexpected not to be missed ending.