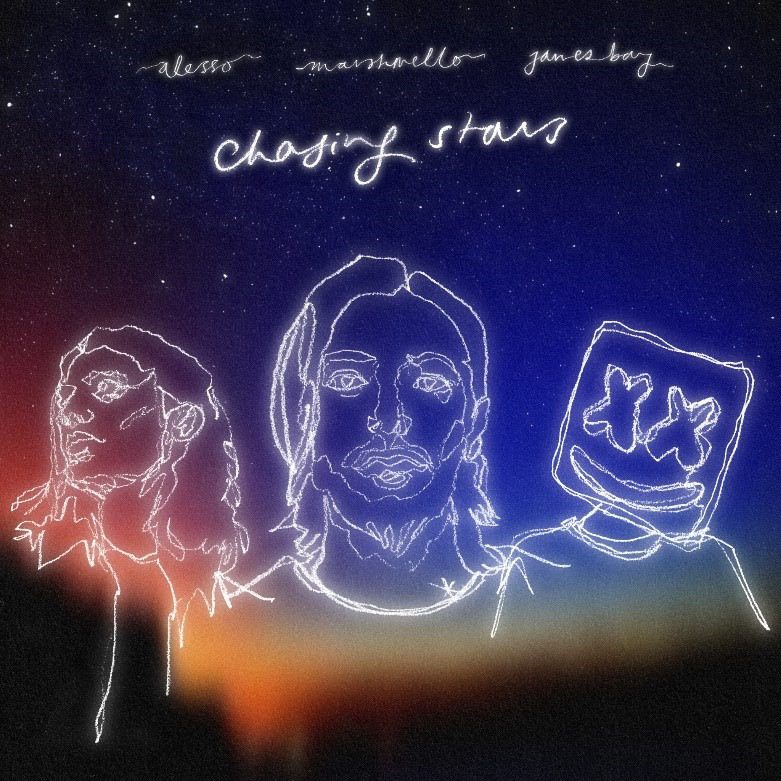 GRAMMY-nominated producer and dance artist Alesso joins forces with Marshmello featuring GRAMMY nominated singer-songwriter and guitarist James Bay for the invigorative release of ‘Chasing Stars‘ — a sublime and soulful new uplifting single that finds each superstar at the top of his game. Out now via 10:22PM/Astralwerks, “Chasing Stars” is accompanied by a wildly imaginative video that succinctly captures the song’s mood of dreamy nostalgia.

A beautifully detailed look back at a broken relationship, “Chasing Stars” opens on a poignant, piano-accompanied vocal performance from Bay (who also created the single’s enchanting artwork). From there, Alesso and Marshmello work their undeniable magic, layering in driving beats and folk-infused guitar work before building to a heart-stopping drop. Equal parts bittersweet and euphoric, “Chasing Stars” then transforms into a full-tilt anthem, its chorus lit up in gloriously soaring synth lines that perfectly reflect the track’s no-regrets sentiment.

Directed by Jake Jelicich (Dua Lipa, Niall Horan), the fantastically surreal visual for “Chasing Stars” finds Bay working the counter at a video store and scanning through a stack of VHS tapes. As the video unfolds, he becomes more and more mesmerized by the deeply intimate, home-movie-like scenes onscreen — and by the beguiling woman who appears in each tape — and soon ends up fully transported into those memories. In a particularly clever twist, the video store’s walls are plastered with posters bearing images of Alesso and Marshmello. In addition, a number of the VHS sleeves also feature Alesso and Marshmello, brilliantly stylized in classic B-movie aesthetic.

“Chasing Stars” arrives as the follow-up to PROGRESSO VOL 2, a long-anticipated two-track release that Alesso shared in early June. The second installment in a series that began with 2019’s ALESSO MIXTAPE – PROGRESSO VOLUME 1, the release includes “TOGETHER” (a massively catchy floor-filler) and “AGAIN” (a forward-thinking techno track that also harkens back to rave classics).