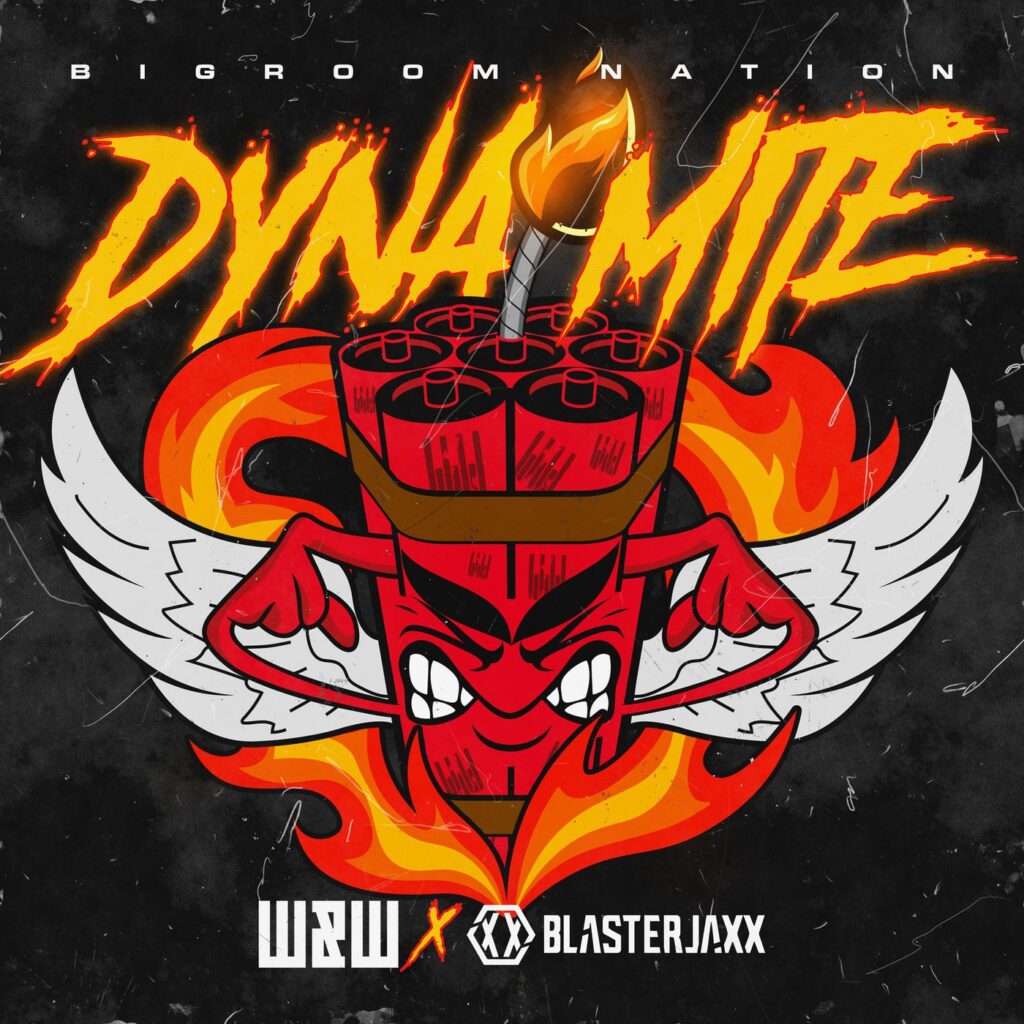 Is the genre of big room back? Well, it never really left – but 2022 might see the rise of genre once again. Big room really gained its popularity in the early 2010s. At a certain point, it was largely the only thing you would hear at festivals. W&W and Blasterjaxx are staples of that main stage sound. They have been staples in the big room genre from the start and have kept it alive for many years.

Their new collaboration ‘Dynamite (Bigroom Nation)’ has a huge drop with massive sounds that will send you jumping. Fittingly also named Bigroom Nation, the track calls on those that love the genre. The lyrics pull you in, making you want more than just the super saw synths.

The track hits right from the start. Vocoder vocals sing “we are the lost and come for you.” The build sends energy surging through our bodies. “We are dynamite” rolls over and over again before the phrase “bigroom nation we are dynamite” ignites the drop. The kick slaps on this one, and I’m psyched to hear it live – I know it is going to rock a crowd.

Tomorrowland Winter might be the next best place to blast(erjaxx) this one. Hopefully these two are apart of the full lineup release. This is not the first time these Dutch producers have collaborated, either. In 2014 they launched ‘Rocket’ into the world and in 2015 ‘Bowser’ got everyone rocking. I’m personally a big fan of ‘Bowser,’ as it reminds me of when I first starting listening to EDM.

You can stream ‘Dynamite (Bigroom Nation)’ below!