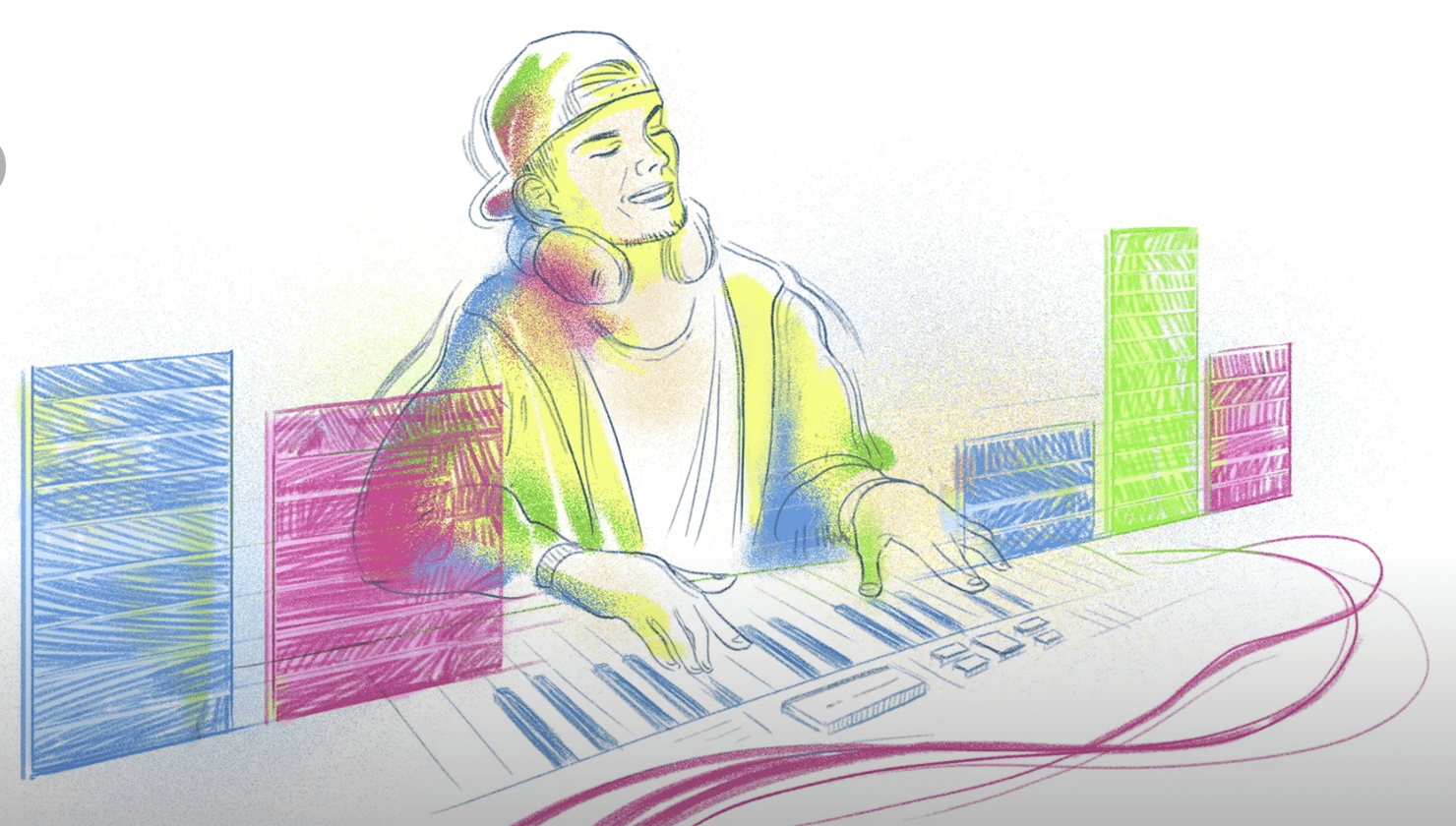 It’s been three years since Avicii passed, and Google Doodles is paying tribute to his birthday tomorrow with an animated video. Set to ‘Wake Me Up‘, this video is really emblematic of the impression Tim on this world. You can join the Reddit conversation here to talk more about it.

“Today’s video Doodle celebrates the 32nd birthday of Swedish superstar DJ, producer, songwriter and humanitarian Tim Bergling—known best by his stage name Avicii. Whether blaring from speakers of a music festival mainstage or into the headphones of millions of listeners worldwide, Avicii helped elevate electronic music to mainstream global success.”

It’s a really pretty animated video with colorful sketches in different sketch styles of Avicii and him DJing. The music video animates to the lyrics of the song and it will probably bring tears to your eyes. So grab your tissues, blankets, and best friends. We’re here to celebrate Tim once more. Google even provided a link to an article they wrote about him. You can view that here. He would’ve been 32 today, but he is never forgotten.

Forever known as the Swedish superstar DJ, his death still hits us hard. He blared speakers at every music festival and into our headphones for millions around the world. The legacy he left behind will forever honor him. Born into a family of creatives in Stockholm, he was a kid that inspired so many other artists in the industry. I remember the tributes to him at EDC LV in 2018. We’ve seen the impact on other artists through their statements. This year, Stockholm’s Ericsson Globe Arena renamed itself to the Avicii Arena. Led by the Tim Bergling Foundation, let’s stand together as a hub for mental health support and remove the stigma attached to suicide.

As Google puts it: Here’s to you, Avicii.