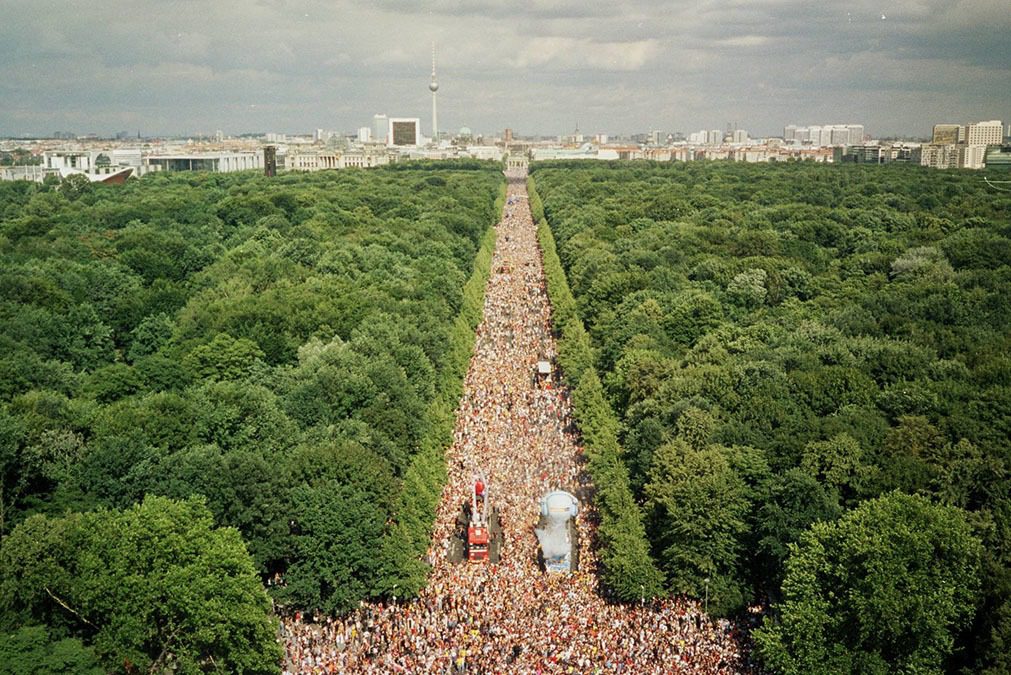 Are online recreations getting maybe too close to real venues? A virtual nightclub simulating Berlin’s party scene is getting pretty close to reality after rejecting entry to 40,000 people on its first night. It’s called Club Quarantäne.

Carlo Luis Ruben Schenk had a wonderful idea: to replicate as similar as possible a Berlin club. Carlo is a promoter from the clubbing capital of the world, Berlin. Since nightlife keeps receiving more and more setbacks during the summer, things must go online. Carlo and an expert team got to work creating a virtual club for hundreds of thousands of visitors.

Club Quarantäne turned into a digital sanctuary for clubless partiers. It’s definitely the best solution for techno revelers that miss so much the underground scene. The venue is available through any desktop web browser. Moreover, the digital venue offers a 360-degree-video dance floor, with the thumping bass of a techno set. The visuals are also on point ranging from futuristic greenhouses to industrial tunnels filled with laser lights.

This virtual nightclub takes care of every single detail, there’s even a virtual line outside, with a virtual bouncer. Getting in is not that easy as the bouncer always asks questions like, “Do you know who’s playing tonight?” and “Are you already a supporter?”. Obviously this virtual scene replicates the exhaustive selection of a very famous Berlin club.

The virtual venue is fraught with references to Berlin’s nightlife. As a curiosity, 40,000 people, or 30% of attendees, were rejected during the club’s first night. The good news is ravers can try again simply by refreshing the page.

Since the beginning of the coronavirus outbreak, the majority of the festivals went online. Although the experience of a virtual festival is decent, the people behind Club Quarantäne took it to another level. A whole bunch of experts in the scene gathered and got to work in order to offer way more than just a DJ set.

It’s about the unique space that’s created by artists and strangers that are pulled together by music. In a time when people are feeling more isolated than ever, the project aims to bring a sense of community to even the loneliest on lockdown.

The project got help from the videogames industry, and the result was a huge success. Since its inception in March, it’s hosted three parties — which can each last up to 40 hours — and 700,000 visitors.

The team even came with an idea to create a “drip button.” The more the users collectively clicked, the more the visuals morphed. The team has future plans that include making visuals steam when more users enter the dance floor. This innovative feature could arrive with microtransactions to let users buy “trees” to fill a virtual field. In that virtual venue, there are also “bathrooms” where users can message people across the world.

You can listen to music, you can join a Zoom party, you can chat with people, you can watch the visuals, you can influence the visuals. There were different ways of gameplay.

Obviously, music plays a great role in this project. Schenk’s team asked artists for clubby sets — upbeat techno, atmospheric music — the stuff you’d hear in a boiler room at 4 a.m. They said they wanted a high-quality stream that could cater to users with serious sound systems. And they made it.

The virtual nightclub offers a large list of perks. One of the biggest ones is that entry to Club Quarantäne is free, but visitors can make donations at a virtual “bar”. It already raised 14,000 euros for charities like Seawatch, which rescues refugees in the Mediterranean, or racial justice organizations.

The Worldwide Situation of the Nightlife Industry

The nightlife industry is going through very difficult times. Countries like Spain or Italy shut it down completely. In addition, the illegal raves are not doing any good to the scene. Approximately two-thirds of Berlin’s 140 clubs are now facing acute threats of closure. Some well-known institutions like Tresor, Sage Club, and The Watergate survived through government loans. On the other hand, many smaller clubs fell into heavy debt or closed permanently. Club Quarantäne is not affiliated with any particular nightclub.

We don’t want to do something that just fills the gap until Covid is over. We want to create a new way of performing music in the internet. It should not replace live music, but it should be a serious way of sharing your musical art.