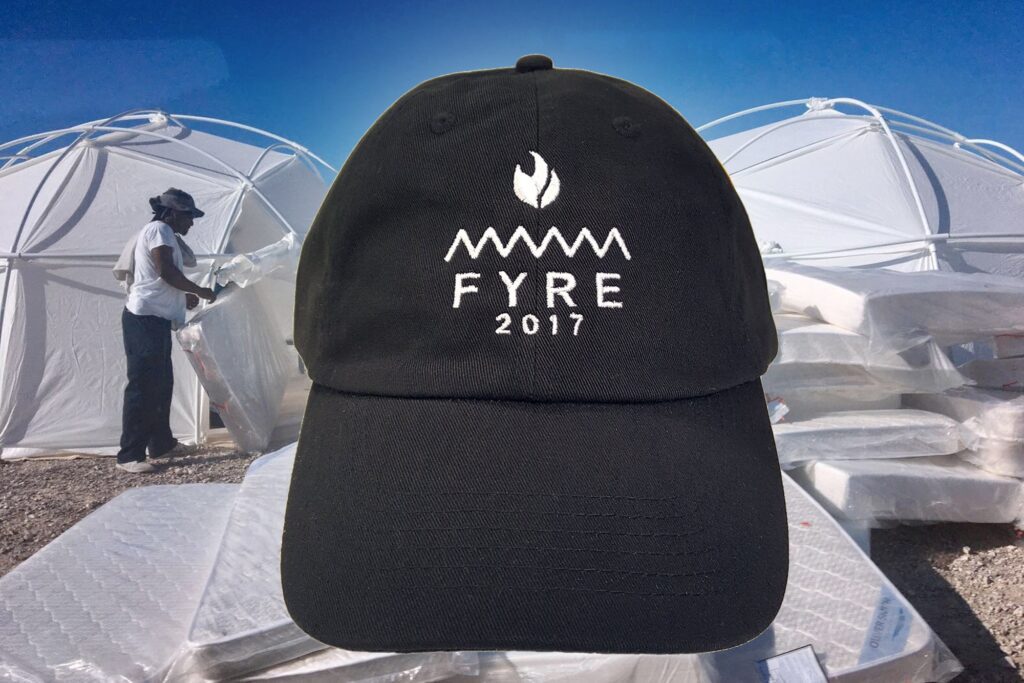 It’s been three years since Fyre Festival fizzled underwater, but now their merchandise is going up for sale. Thanks to US Marshals, you can now purchase the minor assets. We know it may not be the best time to spend your pennies, but perhaps you can have a good laugh while browsing the “conspiracy to change the entertainment world” items.

Catch 126 items from the festival at the auction. In addition, all proceeds from each purchased item will go towards the victims of Billy McFarland.

Let’s recap the current situation of Billy, shall we?

“This Fyre Festival-branded clothing and other items seized from Billy McFarland were originally intended to be sold at the Fyre Festival itself… [McFarland kept it] with the intent to sell the items and use the funds to commit further criminal acts while he was on pre-trial release,” U.S. Marshal Ralph Sozio, Southern District of New York

“The cultural experience of the decade” robbed many attendees of a festival, home, and sanity. Social influencers like Kendall Jenner, Bella Hadid, and Emily Ratajkowski backed the supposed luxurious event with false pretense.

We’ve seen the Hulu and Netflix documentaries and we’ve seen what tragedies bestowed upon the Bahamian staff as well. Leaky tents, canceled acts like Blink-182 and Migos, plus subpar packaged foods led to #fyrefraud. The wealthy among us spent thousands of dollars on these luxury accommodations and expectations. Confusion and despair greeted them.

Well, now’s your chance to relish in the un-success of an event, which you may find comic relief in. Get your sweatpants, shirts, tokens, wristbands, and baseball caps with the festival logo on it. Items range from $10 to $300, with an aqua blue hoodie being the most popular bid. The Bahamas flag patterned with Fyre logo is emblazoned on the back and sleeves.

Gaston & Sheehan run the auction and it ends August 13. Genius, cruel, or comedy, you be the judge. Get the merchandise you never wanted, now.