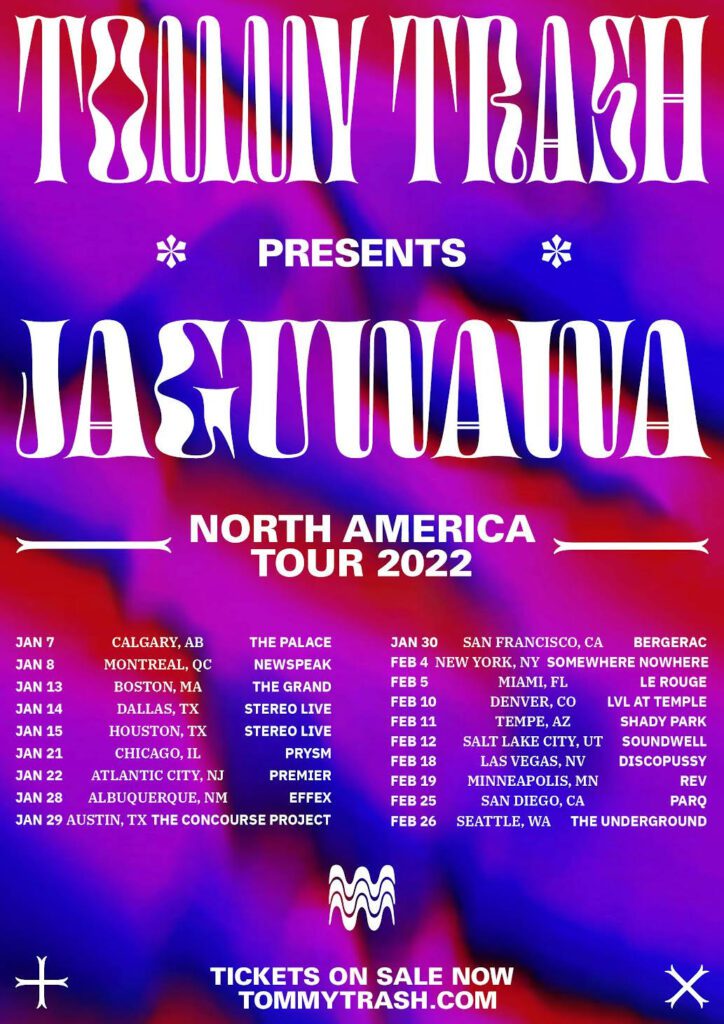 Tommy Trash is coming back to North America for his first tour in 3 years. The GRAMMY-nominated artist is presenting Jaguwawa. The tour will kick off in 2022. He will hit 19 cities during his journey providing an intimate club experience.

Tommy Trash Presents: Jaguwawa is coming off the heels of his new record label launch, Milky Wave. The label plans to be the home of new eclectic house music. He has already dropped the first track on the label with ‘Satisfy.’ The expertly produced house track is a must-listen. Groovy percussive hits and worldly synth patterns will set you free.

Tommy Trash took a 3-year musical hiatus stepping back to reevaluate music, life, and his purpose on this planet. In 2017 he was introduced to a documentary entitled “The Reality Of Truth.” It focused on the medicinal psychoactive shrub of ayahuasca. After loving the documentary, he flew to Costa Rica for a three-year ayahuasca-led sabbatical. At the end of this journey, he was re-awakened realizing his life purpose.

Tickets for the Jaguwawa tour can be purchased at tommytrash.com.