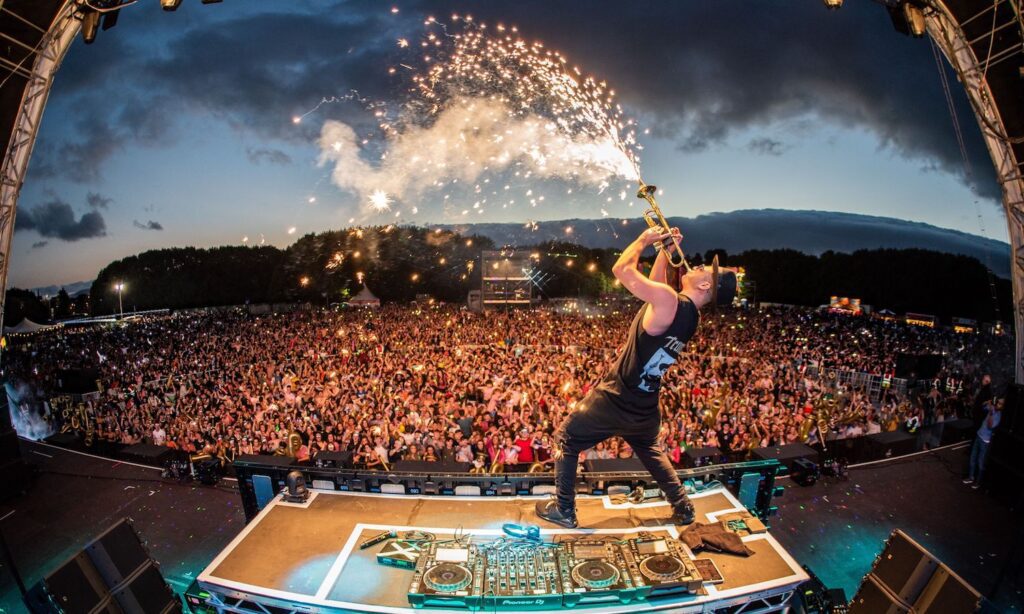 Timmy Trumpet made the most out of his last livestream as he proposed to his long0time girlfriend Annette. The emotional moment came to a happy ending as she said yes!

The Australian DJ and producer is one of the most active artists in the scene. In the last month, the man behind the famous trumpet released tracks like ‘The Prayer’ with KSHMR and shared frequent livestreams. On top of that, he even had time to create his own record label named SINPHONY.

As the set was taking place, Timmy tricked his girlfriend during a transition. The Australian introduced a new song, saying, a few words that preceded a huge change in the DJ’s life.

Timmy Trumpet, seconds before proposing to his girlfriend

A shocked Annette wasn’t ready for this. The artist shared some sentimental words and finally asked his girlfriend the big question. Luckily for both, she managed to give a positive answer, making Timmy one of the happiest men in the world. What an original way of proposing to someone! Congrats to the couple, and we wish you a long and happy marriage.