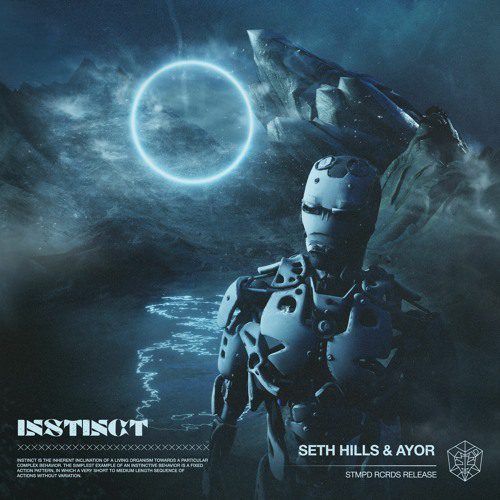 New kid on the block, Seth Hills, is bringing house music to another level. With ‘Instinct‘, this is his second track off the upcoming Void EP. Not to mention, this is a collaboration with AYOR. Their song Instinct is out now on Martin Garrix’s label, STMPD RCRDS.

Right off the bat, the song builds up into the most arousing of house music drops. In fact, this may be the definition of straight fire. It holds a spicy melody accompanied by a multitude of kicks. One minute and a half in, it slows down and builds up for the finale. Once you’re at the top of the final hill, the drop is there to carry you back down to dance floor mania. We suggest turning up your speakers for this one.

Hills represents what authenticity means to house music. With his own signature sound, he has caught the eyes of the world’s most famous artists. That includes Martin Garrix, Tiësto, Axwell Ingrosso, Nicky Romero, Hardwell, and Afrojack. It’s no wonder he has already impacted the industry in many ways. His renowned, jaw-dropping beats during his performances make him a force to be reckoned with. And that’s on stage and in the studio.

Hailing from the Southern Dutch village of Helvoirt, 21-year-old Sergio van den Heuvel is shaping his true passion. At 15, he started DJing and embraced the art of telling stories through his music. When he turned 18, he connected with hardstyle titan, Tim van de Stadt of Atmozfears, and teamed up under their ATMO alias. Since then he has gained much onstage experience at festivals like Tomorrowland, Defqon.1, Q-BASE, and QULT.

In 2016, they decided to take a different direction and become Seth Hills. Having released on Revealed Recordings garnered them support from additional heavyweights like W&W and Ummet Ozcan. All eyes are on this youngster as he delivers banger after banger. Following ‘RIOT’, Sergio blew the visitors of Dream Village’s mainstage away.

Catch him this upcoming summer at Emporium, Matrixx At The Park, and Revealed Recordings’ club hosting in China! For now, listen to his latest single below.