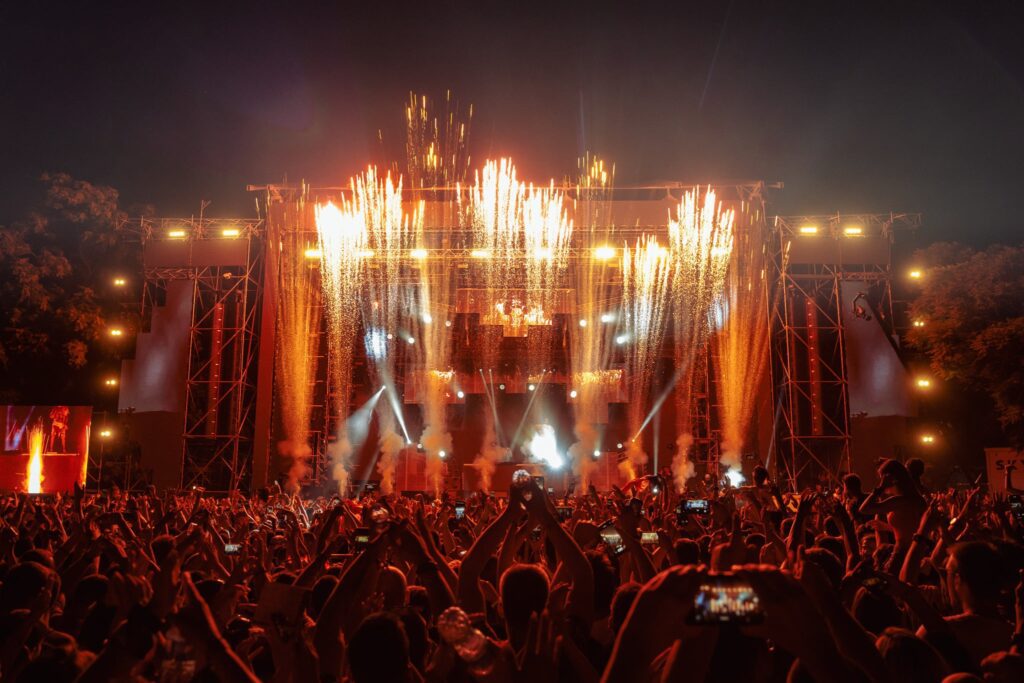 Organizers of Serbia’s Exit Festival just pulled off Europe’s largest music event since the start of the pandemic. The annual festival, took place last weekend around Novi Sad’s sprawling Petrovaradin Fortress. It celebrated its 20th anniversary this year, drawing approximately 180,000 people across four nights. The event attracts fans from all over the world, and this year welcomed a high number of European attendees. Even as most major music events throughout Europe are experiencing ongoing cancellations due to continued COVID-19 concerns.

Serbia has shown surprising success in vaccination rates. It has around 2.5 million fully vaccinated in the country, which has a population of around seven million. Serbia’s health ministry says only two people in the country have been diagnosed with the Delta variant so far, as reported by Reuters earlier this month. As such, the local government gave organizers of the festival the go-ahead to proceed with the event. This is provided certain conditions are met, including either proof of vaccination or a negative PCR test to enter.

A Series of Artist Cancellations

Exit Festival is typically a multi-genre affair, having hosted hip-hop artists and large rock acts in the past, such as Guns N’ Roses, Arctic Monkeys, and The Cure. However, the event is traditionally dance-music heavy, and this year was no different, as DJs served as the main draw across multiple stages, including the main stage.

This year’s Exit lineup featured a refreshing amount of female DJs, and they delivered incredible sets. Highlights of the weekend included Amelie Lens’ set on the Dance Arena Stage Thursday night, as she stunned fans into the wee hours of Friday morning, and Nina Kravitz, who filled in for Boris Brejcha’s closing set at the Dance Arena Stage early Sunday morning.

Exit remains an independently owned festival, despite several buyouts and partnership opportunities over the last two decades. They continue to grow and build their brand. After successfully staging the largest European music festival since the start of the pandemic, the Exit team has a promising future ahead of them.