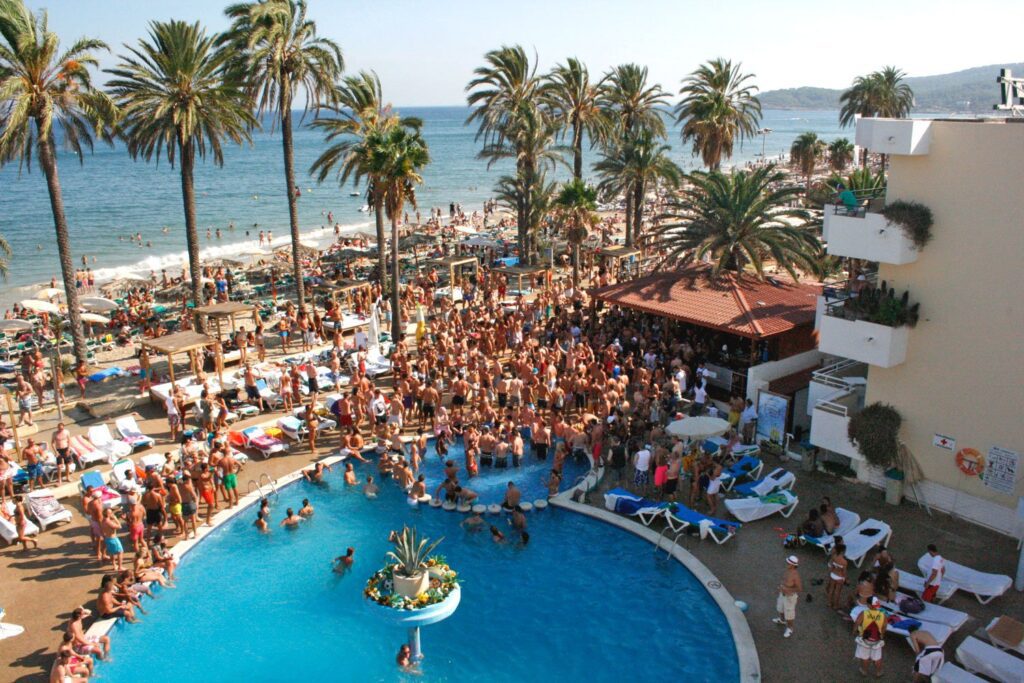 A newly formed political group is launching a campaign against beach clubs in Ibiza. The group, called Podemos, is pressuring the government to ban all beach clubs and hotel parties, claiming these events are a “serious inconvenience” for local residents, as the music can be heard from miles away. The group also claims these events violate recent tourist laws implemented by the Balearic Islands, and the worst offenders are the beach clubs on Platja d’en Bossa.

Fernando Gómez, a Podemos spokesperson, stated the group’s intention is to “end the legal limbo of one of the most important problems caused by tourism on the island of Ibiza, ie the serious inconvenience caused by the so-called beach clubs and hotel nightclubs.”

The Balearic Islands (Majorca, Ibiza and Menorca) recently implemented new tourist laws, which banned balconing and the advertising of party boats, and limited tourists to six drinks a day at all-inclusive resorts. Tourists in violation of these laws face hefty fines of up to €60,000.

Source: We Rave You