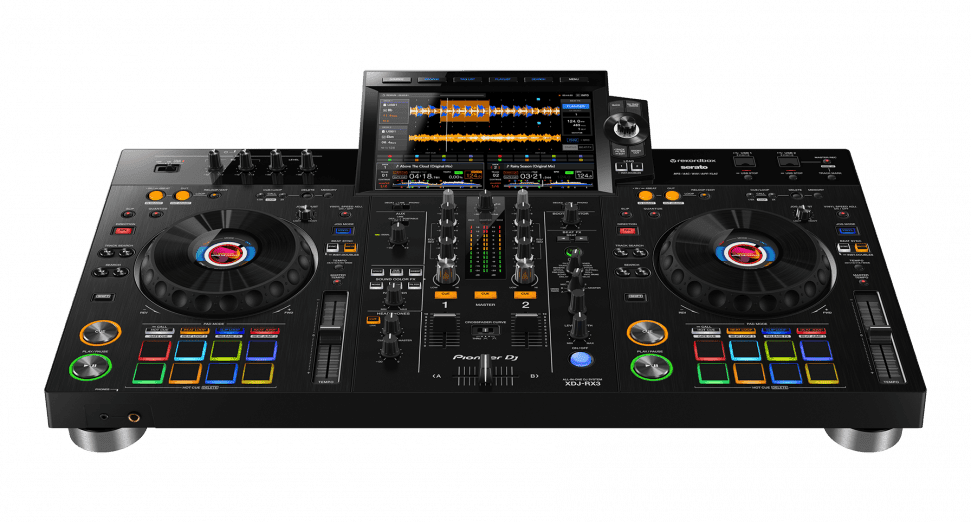 Four years after the release of the XDJ-RX2, Pioneer just announced a new generation of the XDJ, the XDJ-RX3. The new standalone unit comes with a CDJ3000-like multi-touch 10.1-inch screen.

If you’re looking to upgrade your DJ gear into the most professional unit in the market, while keeping the standalone perks, this is for you. The previous generation RX2 had already an enormous success in the portable gear market.

Today Pioneer is making the XDJs even better. How? Well, besides the state-of-the-art touchscreen, performance features have been added to the touchscreen too. You can also store up to four FX in an FX Bank, for easy access. Many other features from the 3000s exist now in the RX3. Those include the new on-jog screen featuring track information, eight performance pads per deck, with the usual hot cues, loops, slicer and FX pads. You can also adjust the Jog’s weight now, similar to a CDJ.

In addition, the new screen offers some new interesting features like the ‘Touch preview’ which allows you to listen to the track without loading it into a deck. The three-band waveform feature allows for a clearer indication of each part of the track; the highs, mids, and lows into different colors. Other new features include a new countdown timer, release FX, a new On-screen X-Pad, more details on those in the video below.

The sound color FX section had its share of the upgrade, going from 4 FX to 6. And in order to get a mixer almost identical to the DJM900 NXS, the Beat FX had 6 new ones joining the choice range on this part of the hardware.

The XDJ-RX3 will be obviously Rekordbox-compatible and compatible with Serato DJ in early 2022. The XDJ-RX3 price is around USD 2300 and is available now.

Should you go for the XDJ-RX3?

Who is the XRJ-RX3 for? The price is lower than a traditional full DJ Setup (separate CDJ decks and DJM) but it is quite substantial for beginners. For small venues or experienced DJs, however, it is a good value for money that can be used both in Home Studio and for performances (dimensions: 728.1 x 469.5 x 118.4 mm / weight: 9.3 kg).

If you are a DJ looking for a quality carriable product under USD 2500 and usually DJ with 2 channels only, then the XDJ-RX3 is for you. For those who already own the previous version (XDJ-RX2), it all depends on whether you consider the new features to be worth the money.

So, what do you think of this new Pioneer XDJ-RX3? Are you planning to make the upgrade?