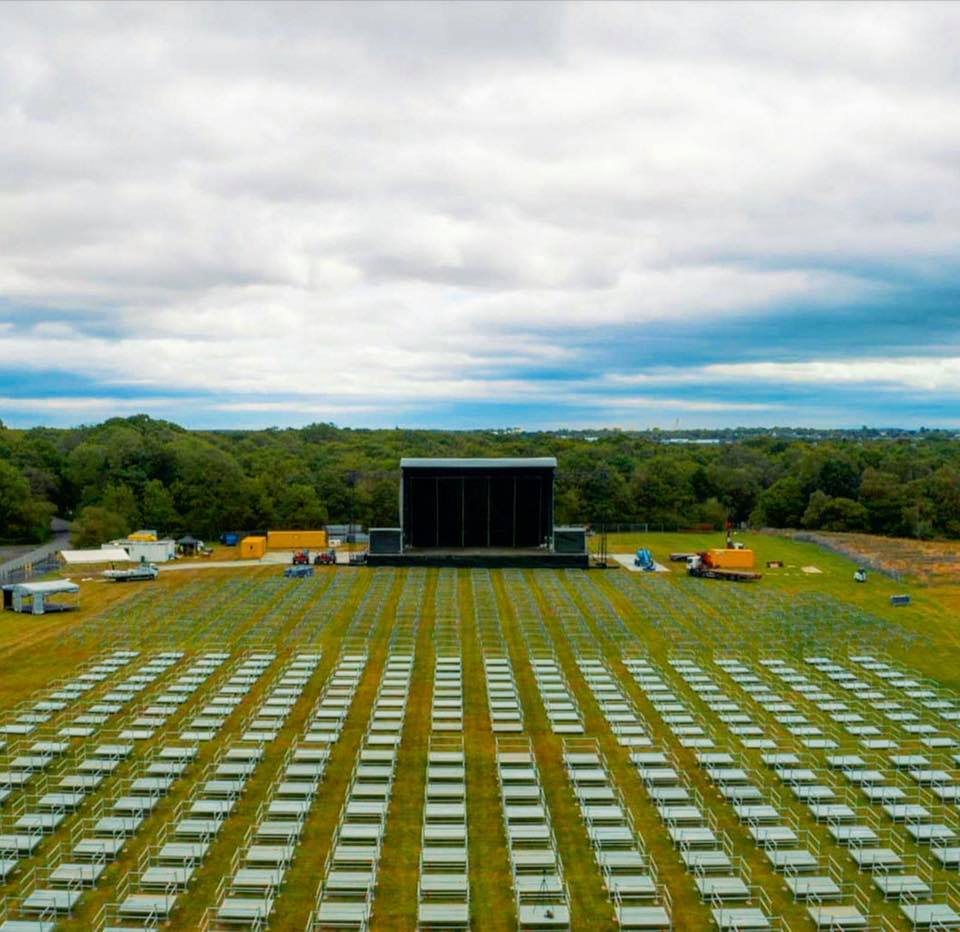 Topping shared a sneak peak on Thursday of the layout for the event at the Virgin Money Unity Arena in Newcastle, England. His photo shows a stage at Gosforth Park with what looks like 17 column of individual square platforms. The rows of platforms extend outside the frame of the photo, but according to Topping’s caption, 2,500 fans total can be accommodated.

“The stage is set! The world’s first social distanced platform rave! Tomorrow night 2500 people coming together,” Topping wrote in his Instagram post on Thursday. “And it’s in my home town!”

Every group would get a specific arrival time via email and Topping requested, “please keep to your assigned platform or area and bring masks for queuing.”

Tickets for Topping’s socially distanced platform rave went on sale early this month and sold out. At the time, Topping wrote that each group would be able to have their own “platform party” with up to six people. Capacity was announced at 2,000, so it appears that the venue is allowing than originally planned.

Posts from the Virgin Money Unity Arena from earlier, non-rave events showed that each “platform” was set up with a barricade in the front and barricades on the left and right, and no barrier at the back of each space.

The grid layout resembles that of drive-in concerts, but without the vehicles, the platform rave does appear more intimate and reminiscent of pre-Covid-19 festivals.

A fan commented on Topping’s preview post that it was “such a good idea” to keep events alive amid Covid-19. Topping replied that music and seeing friends are the two main things he misses about raves.

“Unfortunately we can’t have everything at the moment, so I’m focusing on the positives and trying to provide some enjoyment in a safe way in the meantime,” Topping wrote, “Until we can go back to how it was.”