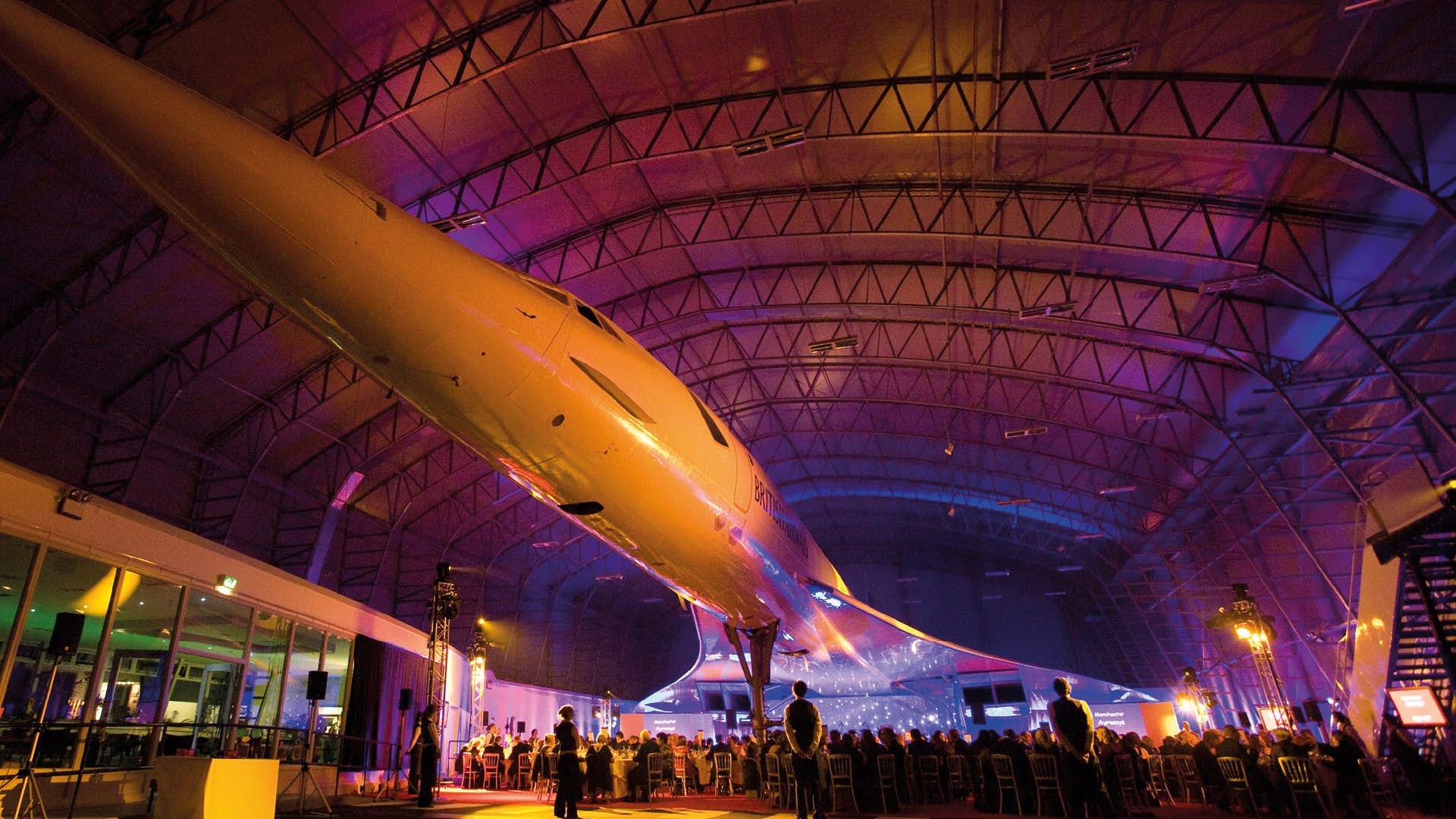 Want to rave underneath the wings of a Concorde Jet? Now you can at the Manchester Airport, as they open their hanger for a house and disco rave. Ravers can dance around one of the world’s most famous planes, the Concorde G-BOAC. Choose from two dates, with the first rave starting on March 19th. Headliners include Dan Shake, Herbie Saccani, and Surco. The second night takes place on April 9th, with Crazy P, Sharples, and Surco again.

“Featuring a line-up of some of the most in demand electronic DJs. [Get] ready for a smooth take-off as they lay down everything from sparky acid, Brazilian samba, itchy funk and the grooviest of house. It’s going to be an unbelievable party to remember!”

It’s looking to be like an extravaganza that you’ll move and groove to all night long. Only one of eighteen left around the world, this one is one of three remaining in the UK. It transported Queen Elizabeth II and Princess Diana on many ventures. Sound interesting yet? Well, it will also feature a spectacular projection mapping and light show.

The events run from 5 PM to midnight with an after-party to be announced. Mark your calendars and set your location to the Runway Visitor Park – Concorde Hangar. Live your best 007 life now. Tickets start at £32, you can purchase them here. Boarding the plane is prohibited. Otherwise, take part in this unbelievable party of a lifetime. Hangar raves are one thing, but undernearth an infamous jet? That takes partying to another level.

We eagerly await to hear back on reports of this event.