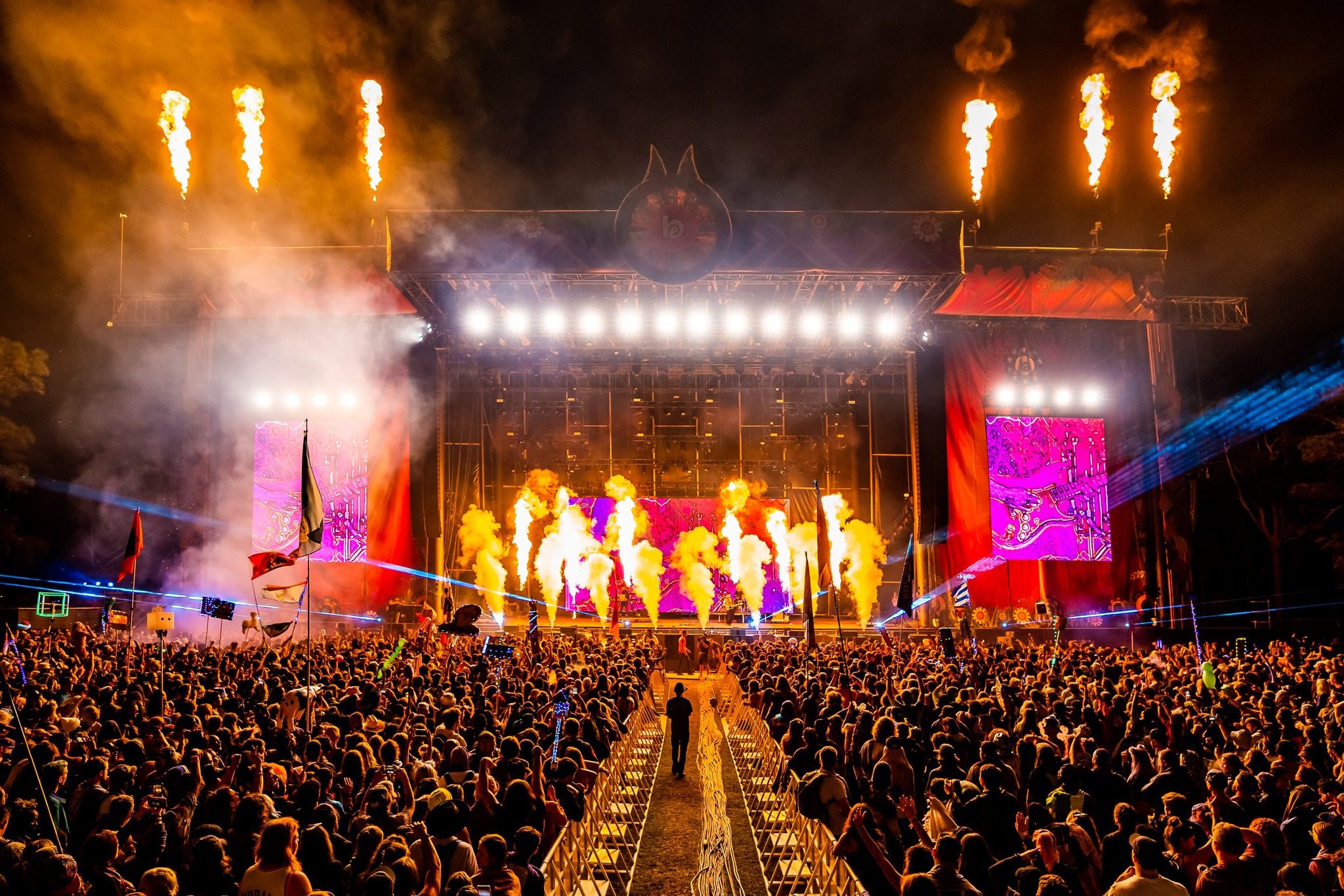 On March 3-6, Okeechobee Music + Arts Festival made its official return to the city of Sunset Grove. After a two-year hiatus, festival warehouse Insomniac brought back the 4-day camping event, welcoming thousands back home to its grounds. We had the chance to check out the event, and, unsurprisingly, Insomniac delivered an unforgettable music festival experience. Here’s everything you missed if you didn’t have the chance to take part in the event.

Okeechobee Music + Arts Festival had a total of 3 stages inside the festival, and 3 located in the campgrounds. Each stage held artist performances, all coming from different musical backgrounds. From Megan Thee Stallion and Tame Impala, to Porter Robinson, Rezz, and Griz, it was definitely one diverse lineup (although I do think there could have been more additions of artists in hip-hop).

Honestly, this year’s lineup was a great one. But I certainly wouldn’t say it was the best the event has ever had. Although acts such as Megan Thee Stallion and Porter Robinson headlined the event, it did feel as if the party didn’t actually start until the late hours of the night. Often, during the day, attendees would just sit on blankets and inflatable couches, chilling out and waiting around. There just wasn’t as much anticipation.

However, we do have to applaud the last-minute additions added to the concert roster, such as Deathpact and Earthgang. These performers gave a little more life to the lineup. Overall, the performances were nice and enjoyable, but we would like to see some more talented support added to the roster, to help shift the full attention undeniably placed on the festival headliners.

One of the greatest components of this music festival would certainly have to be the activities. I say this because there were many being offered on the grounds. Frankly, attendees could have spent an entire day at the music festival just doing the activities alone. Even then, they still wouldn’t have done everything this event had to offer.

For those who used this trip as a way to get away and relax with the sounds of the wind whistling through the trees, many took their moments of tranquility even further by participating in Yogachobee. Throughout the day, the festival held various yoga workshops to help attendees ease their sore aching muscles while unwinding from the stresses of their daily life.

Not the kind of mental relaxer you’re looking for? Maybe you want to do something that creates a similar result but without the exercise? Okeechobee Music + Arts Festival held a series of mental health organization tents that did more than just preach. Instead, they put the art of self-care into practice. From burning your demons with paper, pen, and a grill, to painting on printed murals, attendees could make small steps to a better headspace with these small activities. As a plus, participants received free chocolate to enjoy during their time at the event. Obviously, you can never go wrong with some much-needed self-care and free chocolate.

Apart from relaxation, Okeechobee also had its own marketplace, a place where attendees can shop until they drop. From uniquely designed sunglasses and kandi to bright-colored pashminas, shoppers were sure to find something extraordinary. However, the establishments were often crowded, making it almost impossible to see what each store had to offer. Nevertheless, this marketplace was a great space to check out during your time there.

Finally, one simple activity worth pointing out that was often found in various parts of the event was wishing areas. Here, show-goers were able to gather around and wish for the things they truly desire in life. In one area, once a wish was solidified on paper, it was then tied around a small tree to hang there. This was quite a cute and fun concept, one which brought a lot of smiles to attendees’ faces.

There was much more stuff to do at the music festival, but there is way too many for me to unpack. Therefore, if you want to know just what else attendees can do at the festival, you may just have to go next year to find out.

One of the main characteristics that make this festival different from the rest would have to be its camping flexibility. For instance, although you may not choose to camp at the event, you can still bring some camping gear for the day, enjoy the outdoors, and then pick up and leave once you’re done. With the purchase of a Car Camping Pass, required by all those parking their car at the event, you are provided with your own campsite, even if it is just to stay there for a few hours.

Something very impressive about the camping would have to be the community that was created during the weekend. When entering the grounds, one of the first things you notice is how well people get along with each other. Just a few steps into the campsite and you see groups of people gathered together, talking, and having fun. You also see people riding their bikes and skateboards along the concrete roads. It truly felt like a huge community uniting once again, as everyone seemed to cohesively get along with each other. It was definitely one of the most impressive camping experiences I had ever seen.

For this one, we decided to call out the people who attended the event. I believe they were one of the reasons why this festival had such a great turn-out this year. As many of us probably know, some events can quickly spiral when those attending aren’t the most pleasing to be around. However, this festival is one of the few that showcased the positive influence being around the right people can be.

Festival-goers were always eager to spark a conversation with you, whether it was in the campgrounds or in the middle of the main stage crowd. Community and unity truly played a big role at this event. People would constantly share camping gear, beverages, food, and much more. Nobody was looking at each other with death stares or giving off the subtle eye roll. Instead, attendees would give you a smile, maybe even crack a few jokes while you’re waiting to use the bathroom.

A great community always creates a wonderful experience, and that was one of the big pluses of this event. Whether you go alone or go in a big group, you are sure to find some new friends during your time there.

For many EDM veterans, the concept of no re-entry and a one-ticket swipe is common in the festival scene. However, as unbelievable as it sounds, this festival granted re-entry to not just campers, but those staying outside of the grounds. If you mistakingly left your water pack inside your car, you actually had the choice to go back. Needed a break from the constant walking or wanted to chill at your campsite? No worries, you can go back to the event whenever you please.

There are reasons most festivals don’t grant re-entry, due to the possibility of more people sneaking in with an already used ticket. To prevent this issue, however, Okeechobee set up extra ticket points in various places throughout the festival. Honestly, it was slightly bothersome to constantly swipe your pass, mainly because lines and overcrowding would inevitably happen. Although the reason for them is fair, it was slightly irritating, especially if you had a bag. Yes, with every ticket checkpoint came a bag check, even if you had already entered the festival more times than you can count. Although completely logical, it is still something worth pointing out.

Okeechobee Music + Arts Festival is worth attending at least once in your life. However, the experience really derives from the environment and the activities held, not just the music and the artists. If you are looking to attend this event and expect all your favorite dance artists to perform, then this is not the festival for you. However, if you are looking to expand your music taste outside of the EDM realm, all while participating in some fun outdoor activities, then this is certainly a must-attend.

Overall, this year’s Okeechobee was certainly one to remember. With Insomniac still along for the ride, fans are sure to get an even better dose of good times and great memories during next year’s edition.