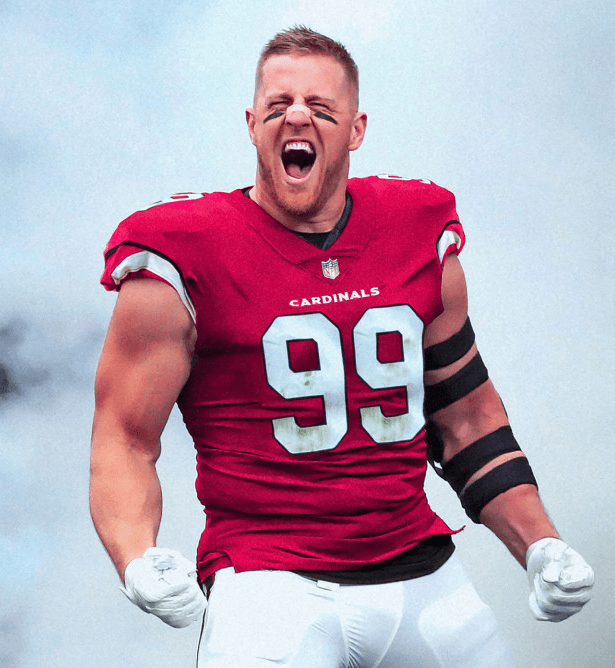 Eric Prydz is known for his long buildups and of course, his visuals. NFL Superstar and Defensive End J.J. Watt is known for sacking QBs and hitting Running Backs. J.J attempted to explain Eric’s track ‘Opus’ after his teammate, Dennis Gardeck, played it in the locker room. Dennis got a hold of the Aux and got the bass bumping. While we aren’t sure exactly what he played, we know one of the songs was ‘Opus,’ a prized possession to EDM fans. During Dennis’ aux DJ performance, J.J. wondered the whole time when the drop would hit.

Everyone into dance music has had this moment with friends. “The drop is coming, just wait!” Some songs just need time to build and develop. Dennis got the honor of locker room DJ as this was his first day back from a Torn ACL, one of the most devastating injuries in sports. EDM was his choice of music to “get the juice back.” J.J. was quoted during a Media Interview after practice saying:

“It’s like dance, EDM-type stuff. But the first song, I mean, it probably took a good 12 minutes for the beat to drop…It took a while, but we got there, and then it picked up and it was great.”

Okay J.J. Watt it is only a 9-minute song. On the bright side, he only had positive things to say about our music overall. Dennis responded back to J.J saying “It is a long build. It’s worth it though. It’s like a hike—the highest you climb, the more pretty the view is, or whatever.” Dennis understands us. Hopefully, EDM continues to pump in the Arizona Cardinals locker room all season long.

You can check out the full interview below.