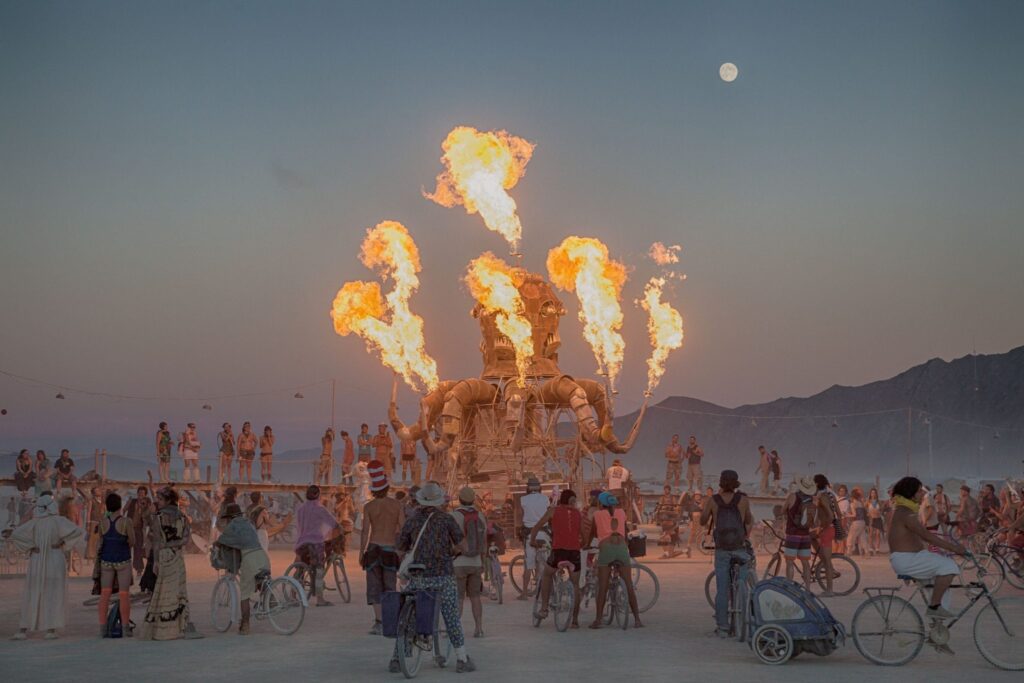 The Burning Man Project announced the release of its theatrical musical this week. The musical comedy will center on a new company hire who is brought to Black Rock City to work a site called ‘Temporary Metropolis’. Chaos ensues.

Along with the Virtual Burns being offered, the streamable Broadway performance serves to help assuage the pain of the 2020 and 2021 cancellations.

Burning man began as a bonfire on Baker Beach in San Francisco in 1986. It became a yearly Summer solstice tradition until 1990. In that year, police put a stop to the event for lack of proper permits. The ceremony then moved to a dry lake bed in the desert wilderness of Nevada. Burning Man was initially a word of mouth festival, and grew slowly in popularity every year. The 2019 event reached a level of over 80,000 attendees.

Now Burning Man is a major global event that celebrates the wilderness, music, and art. It operates under a ‘gift economy’ where no money or capital is exchanged. And each year it grows larger and more well known. Burning Man transformed from a largely obscure PLUR-fest in the desert to a modern day corporatized billionaire retreat. Google paid 1.2 Billion Dollars in 2019 for a majority stake in the Burning Man Project. And the 2022 effigy is rumored to feature the double ‘oo’ from the Google logo, for eyes.

The musical was filmed at a vacant soundstage during the peak of the pandemic and will be available August 27th on Broadway on Demand. It features Matt Werner (a 30-year Google employee) as the head creative, Gene Beck as the composer, and Ari Grooves on choreography. It will cost $7.99 to rent and $19.99 to buy.