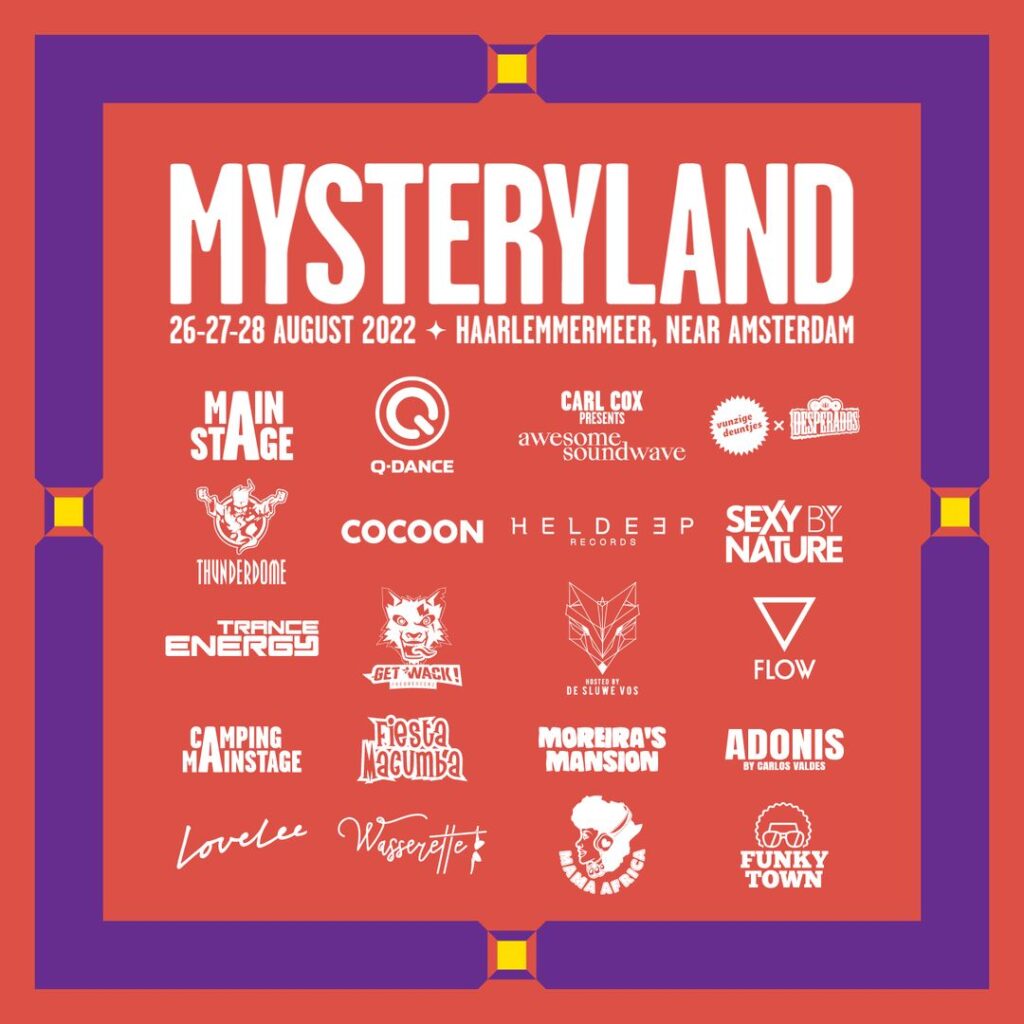 2020-2021 saw multiple festivals have to postpone, or straight up cancel their events. A fan favorite, Mysteryland just so happened to be one of them. Fortunately, we are now in 2022, and things seem to be getting better. So much better in fact that many of these same festivals that were forced to cancel, are now returning! Earlier this year, Mysteryland announced that they would be returning in 2022. More recently, they dropped the stage hosts. If you’re a fan of diverse festival lineups, you’re going to want to check this one out.

At first glance, we can see some pretty recognizable names. We have Heldeep Records, Carl Cox Presents: Awesome Soundwave, Q-Dance, and even Cocoon. In addition tho this, we also have Sexy By Nature, Flow, Get Wack, and Funky Town. The list goes on and on, and while I may not personally be familiar with them, all, I am familiar with Mysteryland. Having said that, i’m positive the remaining stage hosts are just as good as the rest.

The official announcement reads as follows:

“Ranging from Hardstyle, Techno, R&B, House, EDM, Hardcore, Latin, Hip-Hop, Pop, Trance and Disco; the Mysteryland line up promises to be more diverse than ever before. What’s your favorite place to be this summer?”

Taking this into consideration, it is easy to see that the lineup is truly diverse. If you’re into house, hip-hop, trance, or even disco, this is an event for you. The stage host flyer can be found below.

Mysteryland is set to go for a full 3 days. The event will take place from the 26th till the 28th of August. The event is set to feature 300+ artists, spread throughout 22 different stage hosts. In addition to this, the festival grounds will feature an enormous campsite as well as numerous creative experiences in the ‘Kingdom of the Weird Party Animals‘.

Pre-registration for Mysteryland is set to end on February 21st and the tickets are set to go on sale February 22nd. Mysteryland is located in Haarlemmermeer, The Netherlands, about 25km South-West of Amsterdam and 5km from Amsterdam Airport Schiphol. The campsite is directly connected to our festival terrain. Be sure to preregister so that you can snag yourself some tickets once they go on sale, here. See you there! The original post can be found, here.