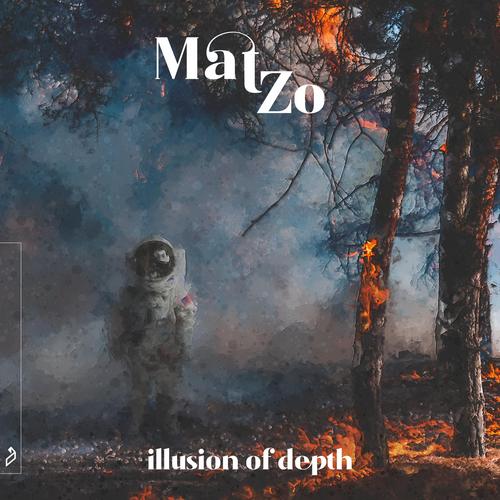 Since Mat Zo announced the completion of his third album, we’ve been anticipating any news regarding it. On one end, we now have the album’s title, Illusion of Depth, and the vivid artwork which is created by Mat himself just like on the previously released ‘Love Songs.’ Moreover, there’s a brand new single out now off of it titled ‘Problems‘ which features Olan.

Going full circle since releasing his first album, Damage Control, this one will be released via Above & Beyond‘s Anjunabeats imprint on October 9. This is in opposition to what he did on his last album, self-releasing it through Mad Zoo.

It's been 4 years since my last artist album. Now I can finally reveal my next album, Illusion of Depth is out this fall! In the meanwhile one of the tracks on it just came out, Problems. Hope you enjoy 🙂 pic.twitter.com/F3s5PwrJoY

Mat Zo: about Illusion of Depth

I started working on Illusion of Depth because I wanted to make a body of work that was cohesive. I’m usually known for being all over the place, but I wanted to make an album that had unifying qualities. In this case, partly it’s the tempo. Everything on the album is in the 124-128 bpm range, but within that constraint, I still managed to be all over the place stylistically. There’s also a lot more live/non-digital elements on this album than my previous work. I was getting really tired of how clean everything is in this corner of dance music. Above all else, I wanted to make an album with grit, texture, and attitude. I wanted to make a fuck you statement to the safe, sugary, fluffy world of a post-EDM trance, Zo says.

Kicking off, the track introduces itself with a chunky bassline with some captivating sound design lining the edges. From there, ‘problems’ immediately jumps into the meat of it with Olan’s faded and drowning vocals. The dichotomy between the clean capabilities of Mat’s precision in production and the intentionally muddied vocals form a magnetic listen. Progressing, there’s always something to pay attention to, especially with the swooshing synths and movement in Olan’s voice. In continuation, it breaks down to emphasize a sweeping and grandiose ethereal sound. However, it doesn’t end there considering the heavy acid-trance outro, making the track feel all over the place, yet very cohesive simultaneously. All things considered, we’re excited to hear what else Mat Zo has in store for us in Illusion of Depth.

Notably, Olan’s contribution to the song and album overall do not go unnoticed, as the vocals are integral to what makes ‘Problems’ such a great track. As Mat himself remarked, “A big part of the conception of the album came from working with Olan.” She’s a talent to watch out for, and you can find out more via Twitter, or her website. In addition, catching one of Olan’s Twitch streams will likely cause you to leave with new information or production tips.

Finally, listen to ‘Problems’ featuring Olan via Anjunabeats below!