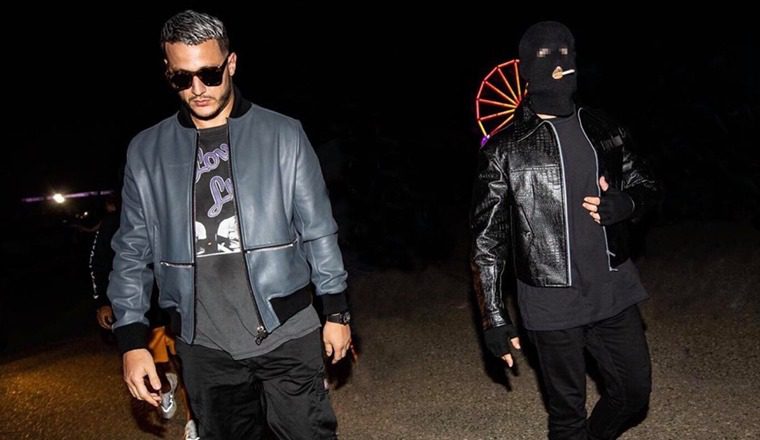 Pardon My French is back! Well, two of them. Today, EDM’s favorite masked DJ Malaa released his remix for DJ Snake’s latest hit ‘Trust Nobody’. The certified G-house Don and one of the best to ever do it brings his signature sound into one of the most sought after trap hits in the last months for an amazing result.

A couple of weeks ago, we received some amazing news. Unexpected. However, amazing ones. Malaa & DJ Snake would be going B2B to bring out the best of both worlds. On what was undoubtedly one of the best live stream sets this quarantine has brought to us, in terms of house music at least, we were surprised by the excessive amount of IDs we were presented with. If you haven’t, you can catch this unique B2B below. After that, and three weeks later after experiencing the best of both worlds, we get the first of these precious IDs!

Isn’t that just Malaa’s philosophy? Trust Nobody but yourself. Work yourself to death and let your work do the talking. Well, that’s exactly how the PMF crew was built, and now, we get two of them together on a remix which is just a G-house textbook banger. Malaa delivers exactly what we expected. The essence of Snake’s hard-hitting trap anthem, but with a completely new spirit. A house one. Certainly, a dance-infusing one.

The masked man. The certified Don has done it again. This Friday has been filled with G-house releases. However, Malaa stands out once again as the ultimate representative of the underground genre. He is just too freaking good! We were introduced to this magnificent ID, and thank god, we didn’t have to wait that long to get it! Hopefully, we’re in for way more ID’s. Don’t believe me? Check this out: