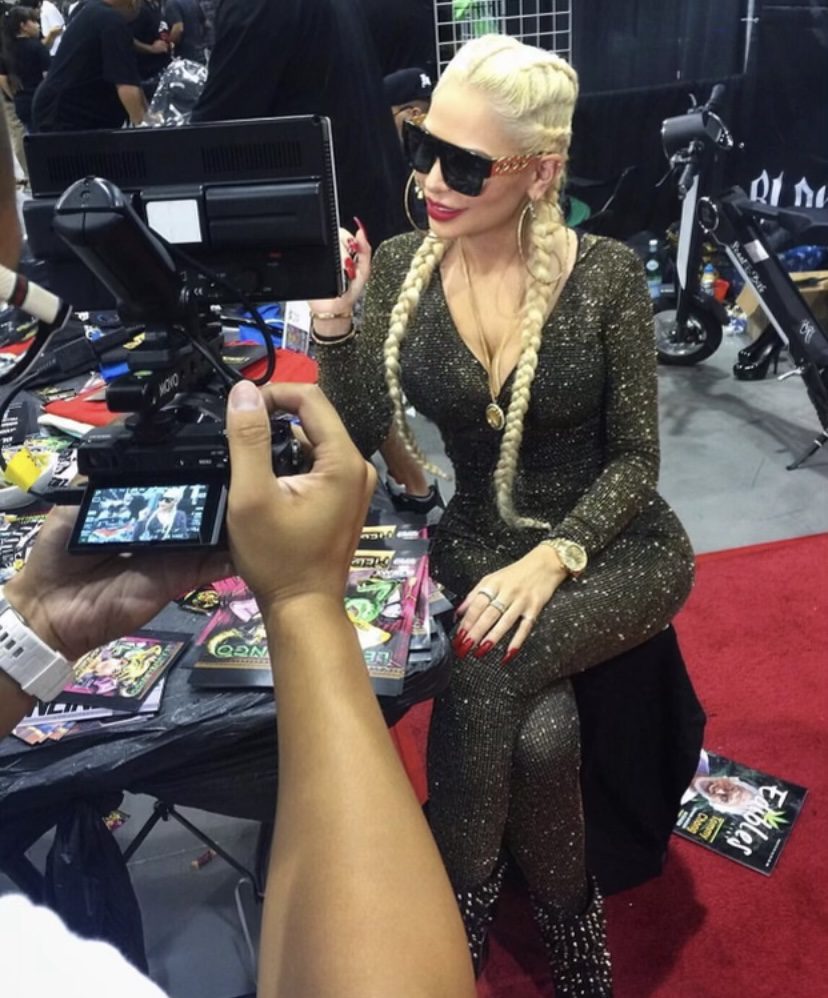 Lexini Blanco is an innately gifted singer, rapper, songwriter, and performer. The Los Angeles-based independent artist is taking over the airwaves with her authentic yet versatile sound. Her fans consider her a lyrical genius thanks to her unparalleled storytelling skills. Lexini has mastered the art of music, releasing hit after hit. Lexini’s ability to address relatable topics in society has seen her create a fast-growing fan base with an audience all over the country. This has allowed her to tour across the US from Arizona to Texas and Miami.

“A special highlight for me was a few sold-out shows at the Santa Ana Observatory as well as the Novo in Los Angeles. Both of these places are a little more special to me only because it’s my hometown,” adds Lexini.

Lexini’s talent has also captured industry attention, with various producers and artists interested in working with her. She has since collaborated with top music industry names, including “legends” Layzie Bone, Snoop Dogg, Art Laboe, Tracy T, J stone Gunplay, and DJ Scream. Lexini has also had the opportunity to perform alongside O.T. Genesis, YG, Kid Ink, and many other greats during the DUB Show tour.

A multi-talented individual, Lexini’s flexibility and adaptability have allowed her to spread her influence beyond the music scene. One of her career highlights includes being featured as a SAG-AFTRA actor in the movie Bodied, directed by Joseph Kahn and produced by Eminem. This was a one-of-a-kind opportunity where she appeared alongside other rappers.

However, building a career as an artist can be a tough hurdle to overcome. There are many barriers in the industry, and it demands more than just talent for you to thrive in the highly competitive music scene. Lexini’s biggest challenge was staying focused and sticking to her craft. There are many distractions in the industry, and you need to be truly passionate and resilient to succeed. At times, having people who didn’t believe in her talent largely ate into her self-confidence, but this has since changed.

“The way I’ve been able to overcome this is by having great people around me, great mentors, and overall, my management team keeps me focused and pushing forward,” Lexini explains.

Additionally, her desire to make a difference and be an inspiration to millions of other young people chasing their dreams kept her going. Lexini wants to leverage her success to inspire everyone to go after their dreams, even when it might sound impossible. She advises you to stand firm in what you believe in, be persistent, and never give up. Challenges will be part of the journey, but no matter how tough it gets, it is never enough reason to surrender.

Lexini envisions her brand and music expanding to new levels of success. She also wants to transition into other sectors and start other businesses. She has already established her clothing, which is yet to be launched into stores. Lexini is also looking into the make-up product and perfumes sector, where she sees much growth potential.