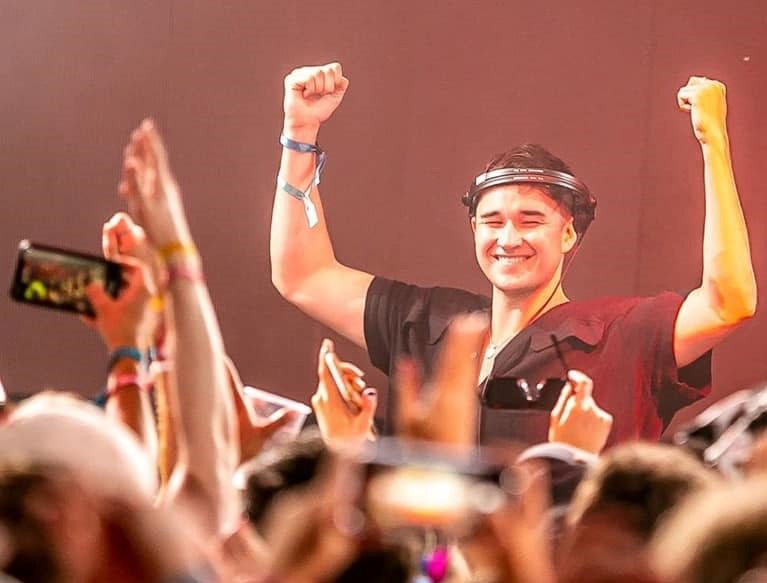 Beatport has revealed the top-selling artists, tracks and labels on its electronic music online store this year and young tech-house talent John Summit has reigned supreme. He has captured a new title after his breakthrough 2020 tune ‘Deep End‘ became the longest-running Beatport No. 1 track of that year.

John, whose real last name is Schuster, beat out Spanish house DJ David Penn who was No. 2, and Ukrainian house and techno duo ARTBAT at No. 3. He also came out ahead of techno queen Charlotte de Witte at No. 5, deep house duo CamelPhat at No. 6 and deep house producer Ben Böhmer at No. 8.

“NO 1 SELLING ARTIST OF 2021,” he wrote with a praying hands emoji. “Thank u all for the support this year.”

That wasn’t the only success in 2021 for John. He came very close to winning Beatport’s most-streamed artist of the year too, but was edged out by veteran David Guetta and landed at No. 2. But John has plenty to be proud of in that category, too. He ranked over Penn, ARTBAT, CamelPhat and de Witte again, at No. 3, No. 4, No. 7 and No. 8, respectively. John also came out on top of some of legend Tiësto at No. 5 and household house name FISHER at No. 6.

In addition, John’s ‘Make Me Feel‘ made Beatport’s top 10 best-selling tracks and its most link-streamed tracks lists for this year.

John had a stellar 2021, dropping ‘Witch Doctor‘ with Nic Fanciulli, ‘Sun Came Up‘ with Sofi Tukker, and remixes of some of the biggest dance music songs. He was EDMTunes‘ No. 2 breakout artist of 2021, second only to Vintage Culture. It appears that 2021 is just the start of his skyrocketing career, and he seems to think so too.

“I feel like the only way i can make 2022 bigger is by starting my own label and throwing my own events,” John tweeted on Christmas Eve.

For the full list of winners, see Beatport’s best of 2021 here.