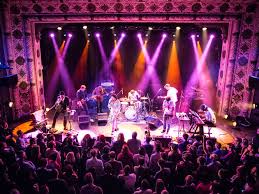 It’s no secret that COVID-19 has disrupted many industries and already taken plenty of companies out of business. Many people have seen local mom and pop restaurants cease operations. Major retail conglomerates have filed for Bankruptcy such as Neiman Marcus and J. Crew. Aside from retail, independent music venues risk closure as well. Based on a survey conducted by the National Independent Venue Association, 90% of its members say they will have to close their doors forever if the shutdown lasts six months or more without proper federal support. (These figures are based on 2,000 members in all 50 states)

So, what is the NIVA doing? The NVIA is asking that Congress adjust the existing Paycheck Protection Program so that it will help out independent venues and provide them with 6 months worth of funding. This funding would include payroll, benefits, and fixed operating costs like rent/mortgage, utilities, and taxes. They are also asking for loan forgiveness and tax credits related to those instances where consumers needed a ticket refund for cancelled events due to COVID-19. Additionally, these smaller venues need more financial support to be able to pay their employees – who were and still are out of work due to the pandemic.

Recently a bi-partisan group expressed their concern to congress, in that live music venues were amongst the first to close and will be the last to open. They sent letters to the house and senate boosting their support for NIVA’s request.

Additionally, Consequence of Sound, has launched their own face masks. A portion of the proceeds from these will go towards the MusiCares’ COVID-19 Artist Relief fund which supports independent musicians.

Independent music venues are a way to connect with a smaller groups of people and listen to live music. These venues are not only great for patrons, but they employ many people who are out of work right now. There is no doubt that the music scene will change indefinitely without them. Many times, these venues support the community as a whole as well. Think of Las Vegas, Miami, and other huge cities built a tourism with a large emphasis on music. Without the help of the PPP, many smaller venues simply won’t make it.

Feel free to check out saveourstages.com to send a letter to your local and state representative to help with passing legislation benefiting independent venues.