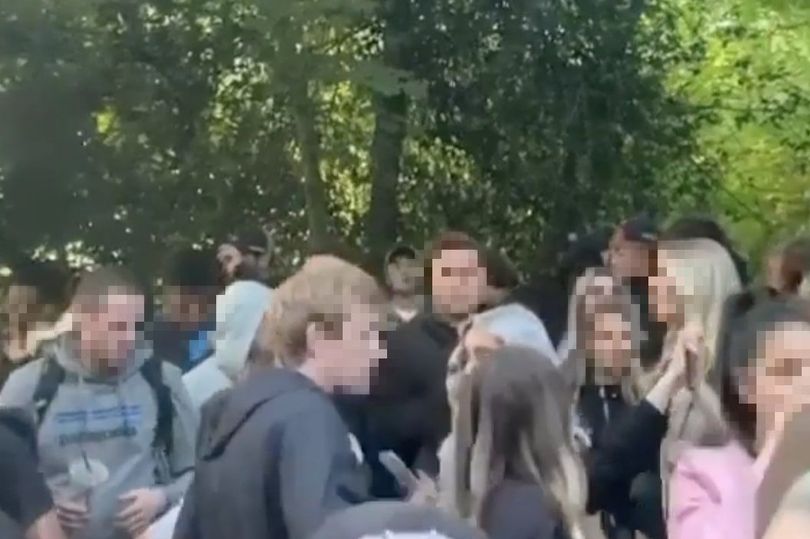 Coronavirus lockdown stir-crazy reached a new level in the United Kingdom, with illegal raves breaking out in the woods and outdoors. As with some illegal activities, the raves (note: plural) went awry, leading to arrests and injuries, and worse, alleged rape and death.

The first non-socially distanced, unlicensed rave transpired in a private woodland area in Merseyside on June 1. Videos shared on social media revealed a mass gathering of people, some holding red cups, laughing and enjoying dance music and lasers. Merseyside Police officers arrived at the scene as a crowd of young people approached the party and stopped about 200 of them from entering, the Liverpool Echo reported.

When the massive ended around 5:30 a.m., officers saw four men packing up DJ equipment, a police spokesman told the media outlet. The officers arrested them on suspicion of public nuisance and other offenses and seized the DJ equipment and lasers. In addition, the officers issued 12 drug offenses, 15 “Covid-19 tickets,” and more than a dozen dispersal notices.

The rave goers “put themselves and others in the community at significant risk,” Chief Superintendent Ngaire Waine told the Echo.

“Not only have they risked catching and spreading the coronavirus, but due to the numbers of people consuming of drugs and alcohol in dark woods, somebody could have quite easily got seriously hurt or worse,” Waine said. “Indeed it was reported one male sustained a broken leg, one female a broken ankle and another female suffered burns to her legs.”

Police also investigated two assaults that allegedly took place at or near the rave. On top of that, the revelers left behind a lot of trash.

“I want to appeal directly to everyone who attended this rave, to pause and think about their actions,” Waine said.

However, Waine’s appeal did not reach ravers in other parts of the U.K. On Saturday night, about 6,000 people flocked to two separate illegal raves in Greater Manchester, The Guardian reported. Ravers at one of them threw objects at police who tried to shut down the party.

At a rave in Carrington, Trafford, with 2,000 people, three men were stabbed including an 18-year-old who sustained life-threatening injuries. Furthermore, police investigated an alleged rape with an 18-year-old female victim. Officers also arrested a 25-year-old man suspected of possessing a weapon.

The other “quarantine rave” that night, at Daisy Nook Park in Failsworth, Oldham, drew about 4,000 people. A 20-year-old man died from what appeared to be a drug overdose, according to police.

“These raves were illegal and I condemn them taking place,” Greater Manchester Police assistant chief constable Chris Sykes told The Guardian. “They were clearly a breach of coronavirus legislation and guidelines, and have had tragic consequences.”

Across the world, mass gatherings breaching social distancing rules have emerged as frustrations over lockdowns and event cancelations come to a head. Not all have had such devastating endings, though. In late May, Berlin club organizers held a peaceful floating techno party protest that got out of hand. The organizers who had planned for 100 attendees halted the demonstration at police officers’ orders after it grew to more than 1,000 attendees.

Many dance fans desperately want to return to the rave scene but should be mindful, as the illegal tragic ones may only delay the return of the legal ones.