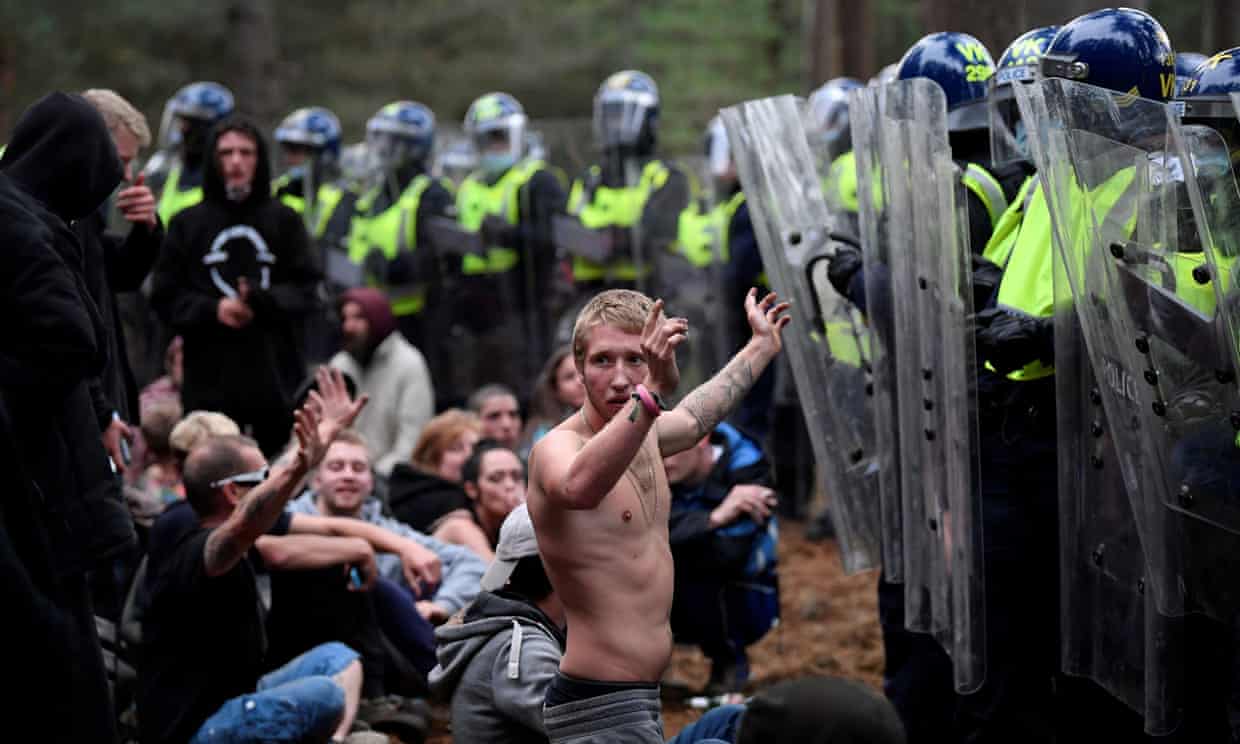 The unnamed organizers arranged the rave in Banwen, West Glamorgan. It attracted about 3,000 people, according to the Guardian. South Wales police officers stayed on scene with about 1,000 attendees after dark. Under the rules that went into effect on Friday, authorities can impose £10,000 fines on rave organizers—and that’s not all. Rave attendees without face coverings can face £100 fines initially. And the amount doubles with each offense, capping out at £3,200.

Illegal raves represent “the most serious breaches of social distancing restrictions” and are the reason the rules were imposed, Secretary of State for the Home Department Priti Patel told the Guardian.

Clearly, the hefty £10,000 fine aims at curbing illegal rave activity. Yet some authorities doubt its effectiveness. Such new restrictions “could be good for areas outside London, but it means absolutely nothing to us here,” Metropolitan Police Federation chairman Ken Marsh told the newspaper.

“People just set up a music box in the middle of the street and say ‘it’s not mine,’” he explained. “It’s utter nonsense.”

Illegal Raves Across the UK

Cops that responded to illegal music events in Essex, Norfolk, the West Midlands and West Yorkshire were apparently more lenient. For instance, they issued warnings to offenders before fines. Police in the West Midlands got more reports of house parties than huge gatherings seen earlier in the summer.

Great Britain has had an illegal rave problem for months. Back in June, unlicensed parties erupted in private woodlands and the outdoors. Various arrests, including a dozen involving drugs and 15 “Covid-19 tickets,” went down at a Merseyside event. Three stabbings and an alleged rape occurred at a rave in Carrington, Trafford. And a man died from an apparent drug overdose in Failsworth, Oldham.

“These raves were illegal and I condemn them taking place,” Greater Manchester Police Assistant Chief Constable Chris Sykes told the Guardian at the time. “They were clearly a breach of coronavirus legislation and guidelines, and have had tragic consequences.”