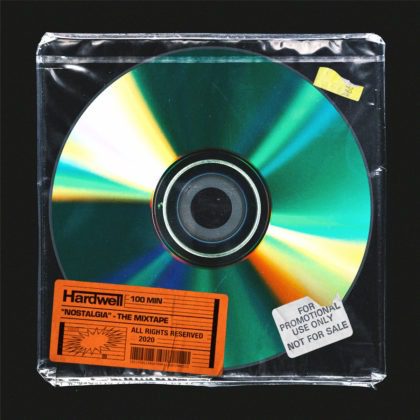 The Big Room icon, better known as Hardwell, just dropped 100 minutes of pure old school hip-hop gold. Appropriately titled “Nostalgia“, the mixtape was released via dropbox through the producer’s personal Instagram. The collection of tracks may be a departure from Hardwell’s icon sound, but it still shows the same care and creativity that only comes from brilliant sound engineers.

Hardwell has not toured since 2018. Since that time we’ve all been waiting for a little extra something from the dutch producer. Although, a Hip-Hop mixtape may not have been the first thought. However, Hip-Hop influence infused into his DJ sets and sound design shine light on the origins of the mixtape.

There is still a question on the validity of the mixtape. Although, many sign point to the compilation being a result of “fun in the studio”. With all the extra time we’ve all been spending at home, it’s easy to believe Hardwell may have gotten bored enough to produce a Hip-Hop mixtape to share with friends.

You can check out the “Nostalgia” mixtape and download it for yourself below.