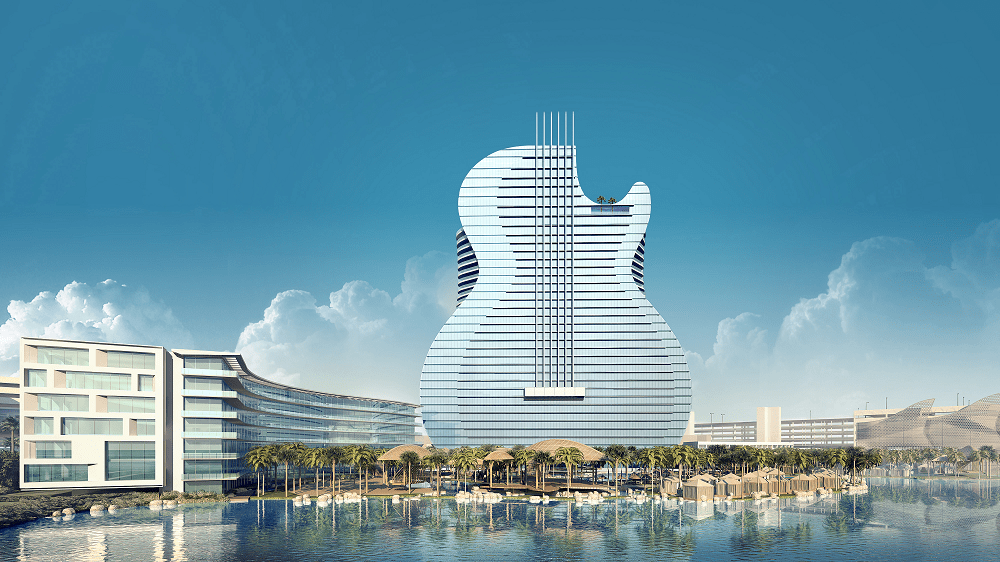 The Mirage, on the Las Vegas Strip, will be no more. For more than three decades, the hotel and casino prospered in the city of sin. But now, MGM Resorts International sold the Mirage to Hard Rock International, both companies announced Monday. Hard Rock will pay 1.1B$ to acquire the operations of the Mirage. Obviously, this is a monster deal between the two giants.

Hard Rock International plans to build a guitar-shaped hotel on the Vegas strip, much like the one in South Florida. Surely, the opening of the new hotel on the strip will be as big – if not bigger – as the one in Seminole. Back in October 2019, the soirée was a star-studded affair with the likes of Johnny Depp, Morgan Freeman and The Chainsmokers among others in attendance.

Hard Rock previously bought the licensing and naming rights at the Hard Rock Hotel & Casino in Las Vegas in May 2020. At the time, the company said it was on the lookout for opportunities to bring the brand to the area.

“We are honored to welcome The Mirage’s 3,500 team members to the Hard Rock family,” Hard Rock chairman Jim Allen said in a statement.

The transaction will close in the second half of 2022, The Wall Street Journal reported.