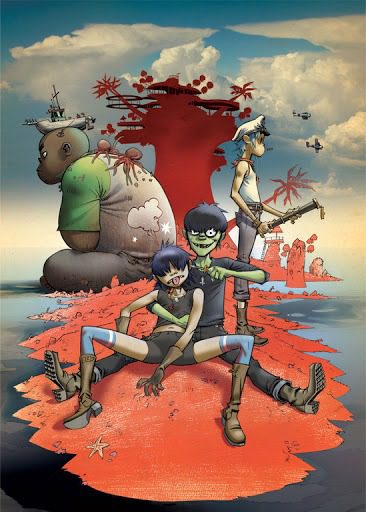 The British electropop virtual band Gorillaz have given a glimmer of hope of a new album on the way. Frontman Damon Albarn dropped the hint in a recent Radio.com interview while speaking primarily about an animated film in the works.

Albarn was asked about Gorillaz’s 2010 studio album, Plastic Beach, and if the group plans to do a follow-up. The frontman was a bit cryptic in his answer, but he didn’t rule out the possibility at all.

“I think sadly, more than ever the need to keep reminding people that we need to change our habits; to somehow help our climate is really necessary. So maybe I need to revisit it, really,” Albarn said.

Gorillaz have released seven studio albums, the most recent of which came out last week. Called Song Machine: Season One—Strange Timez, the album is packed with 17 tracks and collaborations with artists including Elton John. During the interview that was part of Radio.com’s New Arrival series, Albarn was more forthcoming about other projects in the pipeline. Among them is a second Song Machine installment. And keeping with Gorillaz’s signature animated universe, it will be accompanied by a feature film.

“Well, we are supposed to be making a film while we’re doing season two of [Song Machine]. We signed contracts, we’ve begun scripts and stuff,” Albarn said.

He added that “making an animated film that’s kind of abstract is quite a big risk for a movie studio because they’re very expensive.”

“If you’re telling a slightly obtuse story that only sometimes makes any sense, it’s quite difficult. That’s what we’ve discovered,” Albarn said.