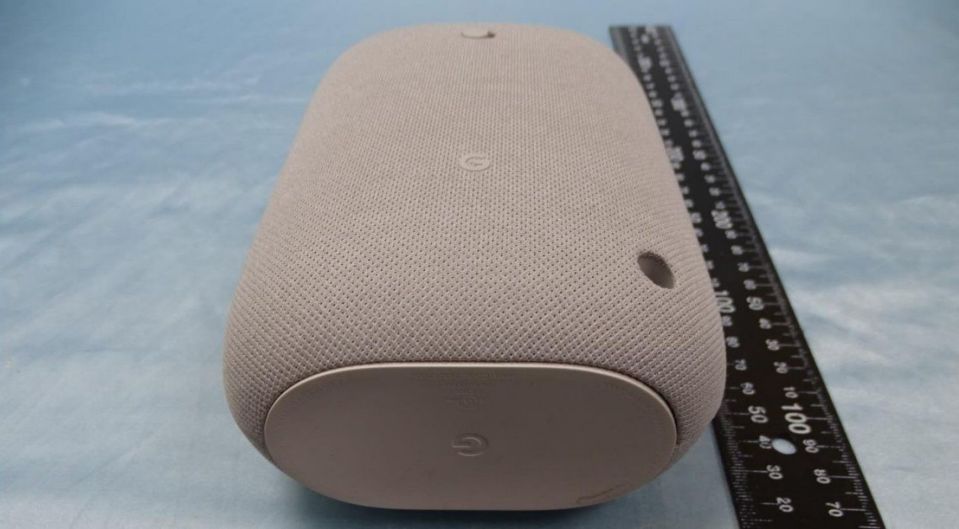 If you were shopping for a Google Home Smart speaker recently, you probably noticed that they are now marked as “no longer available”. With pretty much no warning, Google has decided to halt sales on the device. Either Google was simply out of stock of the speaker or they were planning on a new release. Luckily for us, we’ve learned that Google is in fact planning to release a new smart speaker very soon. A handful of images leaked online, giving us our first look at the new Google Nest smart speaker.

It was initially reported that the Federal Communications Commission (FCC) certified a new device with the identifier ‘GXCA6’. Left without details attached, it was unclear what the new device could be. Thanks to some research by @androidtv_rumor, we’ve been able to confirm the product with the help of several photos. The images and device specs were accessible thanks to a regulator out of Japan. In the photos below, you’ll get an idea of the size and design of the new smart speaker.

Unlike the original all-white Google Home which released in 2016, this device is all tan. In addition, the entire body is covered in fabric, likely to disguise the speaker. Although it’s laying down, the speaker measures 220mm tall. The original Google Home was just 143mm tall. From the photos, we can see a manual mute button on the top rear of the device. The ‘G’ logo is also on the back of the device, proving the device is Google related.

According to the documentation online, the new speaker will be powered by a 30W DC power cord. Additionally, the speaker will have the expected WIFI and Bluetooth connectivity. The base of the speaker looks to be a soft silicone, so it won’t mark up your furniture. All in all, the design isn’t anything revolutionary but we’ll give it a chance until the final specs are released. We’re expecting improved sound quality, along with new features to enhance one’s smart home setup.

It’s unknown how much the new Google Nest will go for but it’ll hopefully be comparable to the Google Home. We’re also unsure when this speaker will release to the public. Given that they have stopped selling their Google Home, it shouldn’t be long until sales start on this speaker. In the meantime, let us know your initial thoughts on the speaker’s design.