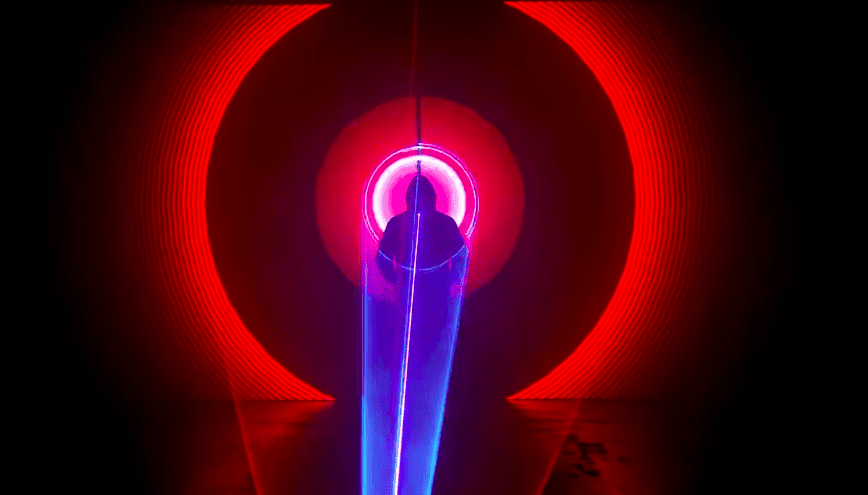 One of trance’s most respected producers, Gareth Emery, is taking his shows to the next level – yet again. Remember when he debuted Laserface, the greatest laser show in the dance music world? That was so five years ago. Emery has announced a follow-up to that production of mind-blowing lasers choreographed to his music, and it’s called LSR/CITY. Emery describes it as:

“A show so far in the future it would leave everything we did before in the dust.”

“Five years ago, we raised the bar for lasers when we launched Laserface. And I’m proud as hell of the shows we did in the years following that. But nearly five years on, things had changed,” Emery wrote on Friday. “Laserface was much imitated and copied, and nobody stays hot forever without putting in the work. In short: it was time for a successor.”

Emery said he has spent the last two years on a mission. It’s involved “hunting high and low for the world’s greatest laserists and light programmers.”

“Finding mad scientists in the far corners of the internet doing insane experiments that nobody had been nuts enough to try on a large scale before,” he explained.

Slowly but surely, a “crack team” came together that believed they could build a “show as jaw dropping in 2022 as Laserface was in 2018.”

LSR/CITY premieres on Thursday, May 19, during Electric Daisy Carnival week in Las Vegas. It will be at a “secret warehouse location.” Emery shared a 21-second video of his new production, set to his track “You’ll Be OK”, with lasers shooting into a triangle and other graphics.

Below are more preview clips shared by Emery’s LSR/CITY account this month:

Back in 2017, Emery partnered with globally renowned laser designer Anthony Garcia and introduced Laserface. The show featured a then-unprecedented number of lasers combined with cutting-edge visual technologies. It was lasers for days like fans had never seen before. Laserface graced hand-picked venues from Los Angeles to Miami to Vancouver, and headlined Dreamstate 2018 in Southern California.

It was hard to imagine any more lasers were possible – but Emery is about to show us it is.