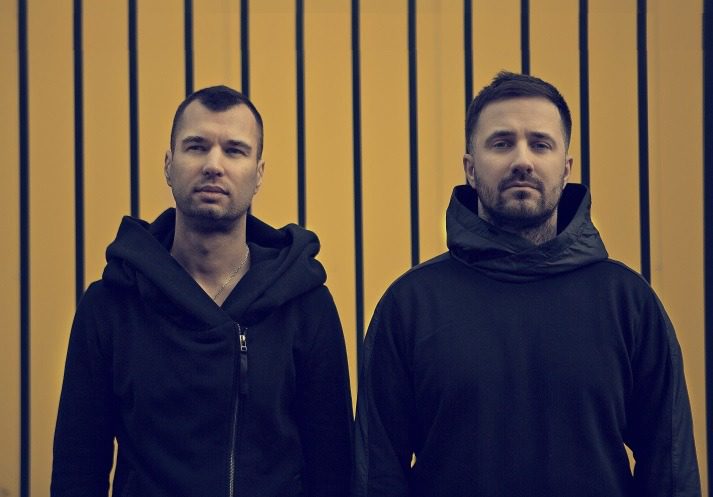 For Ukrainian duo Artur and Batish, better known as ARTBAT, playing shows as festival season approaches is probably the last thing on their minds. The melodic house and techno stars are in their home country, which Russian President Vladimir Putin has chosen to invade in an unprovoked war opposed by most of Europe, the US and the world.

As Russian bombs kill innocent civilians and shatter cities including the capital Kyiv, where the duo are from, the “Return to Oz” producers have been anything but silent. In fact, they are on the ground in Ukraine as war rages on.

Instead of hunkering down in the studio, the ARTBAT boys are using their platform as one of the most successful dance music artists to come out of Ukraine, for activism. Since Putin launched a full-scale invasion of their sovereign country last week, Artur and Batish have been posting videos and images of their war-torn country. They’re putting out calls to action to the dance music community, asking for help in opposing the senseless war.

ARTBAT began providing a firsthand view of what’s happening on the ground on February 24, the first day of the war. In an Instagram post with Kyiv as the location, they wrote:

“The whole world is concerned about what’s happening here in Ukraine. The rocket strikes and cities of Ukraine attacked by Russian forces have begun. We can’t stay back without a statement.”

“This is our country, where we were born and raised. The colors of flag we represent while playing around the world and proud we trying to support and develop our country,” they continued. “This is our home.”

Artur and Batish called on Russians to do everything they can to stop the war and protect the civilization. They noted that they’ve received a lot of requests to perform in Russia. “But now it’s on you to help us stop the attacks and deaths coming from your country,” they explained. They flat out said, “We need your support,” and, “Stand with Ukraine.”

‘Show the World the Real Picture’

They didn’t stop there. On Monday, ARTBAT expanded their call to fellow artists and influencers, mentioning dozens of their handles.

“In this extremely traumatic and scary time we are asking you all to help share with us as much information as possible, by tagging us so we can re-share any important updates through our platform,” they wrote.

“We kindly ask you to help show the world the real picture of the war that our neighbor Russia has brought to our homeland, our people and our independence.”

Their goal is to show the globe how Ukrainians are defending values of freedom and democracy. The post included a graphic of a Ukrainian with a gun protecting a stroller, facing a Russian with a gun but with a stroller in front. “That’s the difference,” it reads. ARTBAT also shared multiple videos and photos depicting bombs, obliterated buildings and Ukrainian navigating the mess. They have even called the person responsible out by his name.

“Putin has failed to capture us with a quick attack, and now, in agony, they begin to bomb our cities, directing cluster bombs into residential areas of the central regions of Ukrainian killing innocent civilians,” the duo wrote.

The next day, ARTBAT posted an image calling for Ukraine to be made a no-fly zone. They shared stories of the morning’s bombings in Kharkiv. They’re urging followers to march at their local demonstrations and spread the message on social media.

“This is a matter of life and death as today Putin destroys more civilian targets with ballistic missiles,” they wrote.

ARTBAT remains in Ukraine, where President Volodymyr Zelensky has ordered able-bodied men aged 18 to 60 to stay and fight. Meanwhile, one million people have fled across the borders of Ukraine in the week since the assault began.

It is unclear if and how Artur and Batish will leave their country. They’re booked to headline Link Miami Rebels at Space Park on March 25 and Renaissance Miami at Island Gardens on March 27. But for now, ARTBAT is preoccupied with something bigger than Miami Music Week.

“We encourage you to continue supporting and donating to charities to help our people relocate and build their lives back together,”