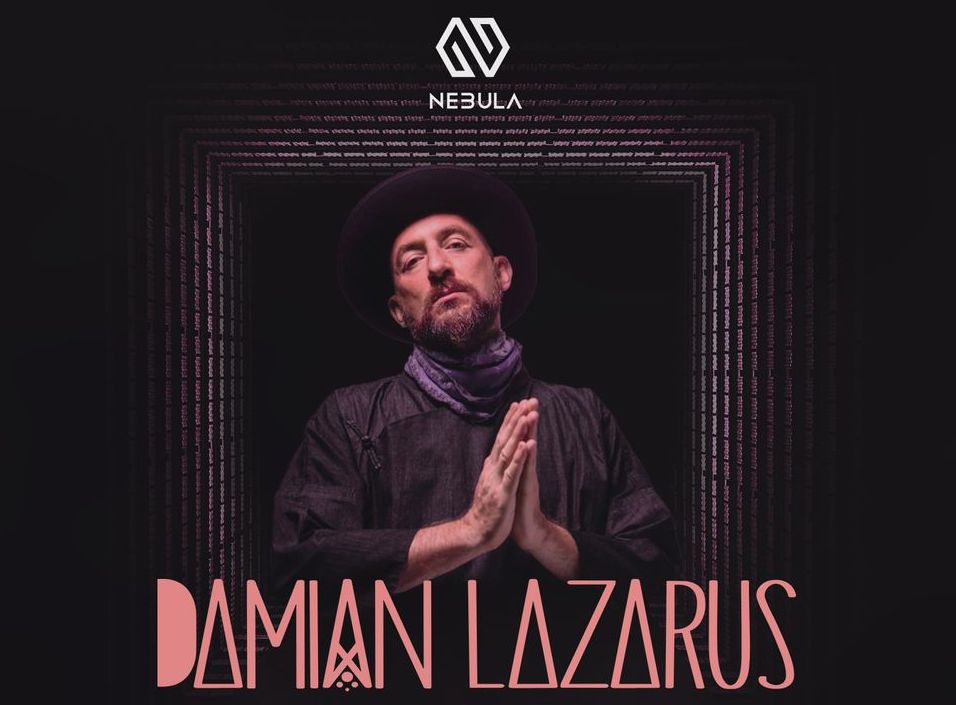 If you’ve ever been to Damian Lazarus‘ Day Zero festival in the jungle or dessert or his Get Lost musical odyssey in Miami or New York, you know those otherworldly vibes are hard to recreate elsewhere. But New York City’s newest club with an impressive house and techno lineup, Nebula, easily set the stage for Lazarus to spin his magic on Friday night.

Lazarus is an expert at DJing in extraordinary outdoor locations, from the jungle in Tulum to the Dead Sea in Israel’s Masada. Nebula gives attendees an interstellar experience with its trademark motorized video panels across the ceiling over the dance floor that come down at different angles. Lazarus fans seemed to dig it.

Located by Times Square, Nebula had its opening weekend around Halloween and since then has established itself as a destination for dance music. It’s been bringing more artists in the underground scene – more common in Brooklyn – than your typical club in Manhattan.

The black-box layout has a warehouse feel, but is embellished by the ceiling video panels LED lights along the walls. Strobes beam down at the entire dance floor and the sound system is on point. VIP tables line the edges of the club up around the front of the stage and in the center. The GA area is all around, so attendees have access to all viewpoints of the stage. There’s also a second floor giving a more aerial perspective of the spectacle.

Lazarus played a more than two-and-a-half hour set, starting at 1:30 a.m. and going until just past 4 a.m. and the end of nightclub hours in the Big Apple. His set, unsurprisingly, was tech-house. It was melodic, tribal and at times dark. Lazarus had a crowd of his friends on stage, vibing with him the entire time. It was another amazing night in the books at Nebula.

Nebula continued President’s Day weekend with All Day I Dream creator Lee Burridge on Saturday and Diplo on Sunday. The club has more heavy-hitters lined up into the spring, with Adam Beyer on March 12, back-to-back shows by Eric Prydz on April 21 and 22, and Jamie Jones on April 23.

See some of Nebula’s upcoming lineup below. For tickets and VIP table reservation, visit its website here.