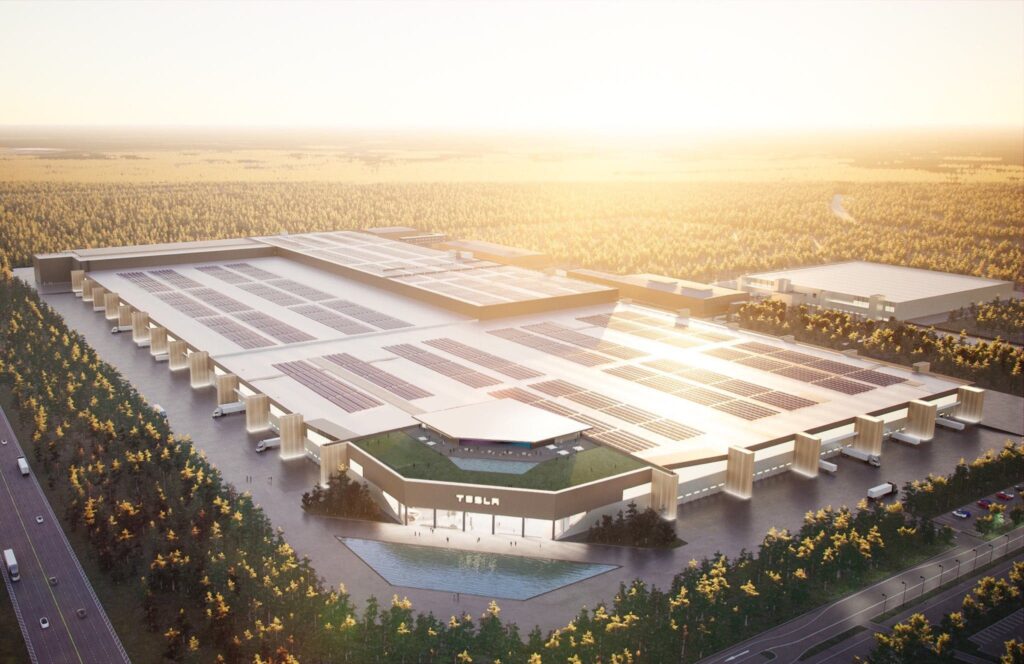 Elon Musk is back and ready with a great idea that we can all relate to. This time, it has nothing to do with a new futuristic Tesla or a trip to Mars. In fact, this concept requires much less work and can be done fairly quickly. Yesterday, Musk shared a rendering on Twitter showing the finished product of his Tesla Gigafactory in Berlin. One user then asked Musk if he’d also share a rendering of the ‘rave cave’ as well. Musk replied back stating, “Might be an indoor/outdoor rave space on the roof”.

From the looks of the rendering, this new factory will be massive. Surely, Elon will have plenty of space to add an advanced ‘rave cave’ for his spare time. In fact, the rendering already shows a rooftop area with some sort of water feature. Another Twitter user suggested a rooftop pool should be implemented in the design. Musk only replied back with a ‘sure’ but we all know it would be a perfect addition to the ‘rave cave’.

Even if the ‘rave cave’ isn’t included in the final product, the factory will still be an engineering feat. The size of the factory combined with what looks to be thousands of solar panels is amazing. The factory which is planned to open sometime in 2021, is set to build one of Tesla’s newest vehicles, the Model Y. Tesla has stated that the factory will hire up to 12,000 people during the first phase of production.

Nonetheless, if the ‘rave cave’ is implemented, we hope Elon gets the chance to play his own song, “Don’t Doubt Ur Vibe” that he released this past January. Let us know what you think and if you’d visit a ‘rave cave’ at a Tesla factory.