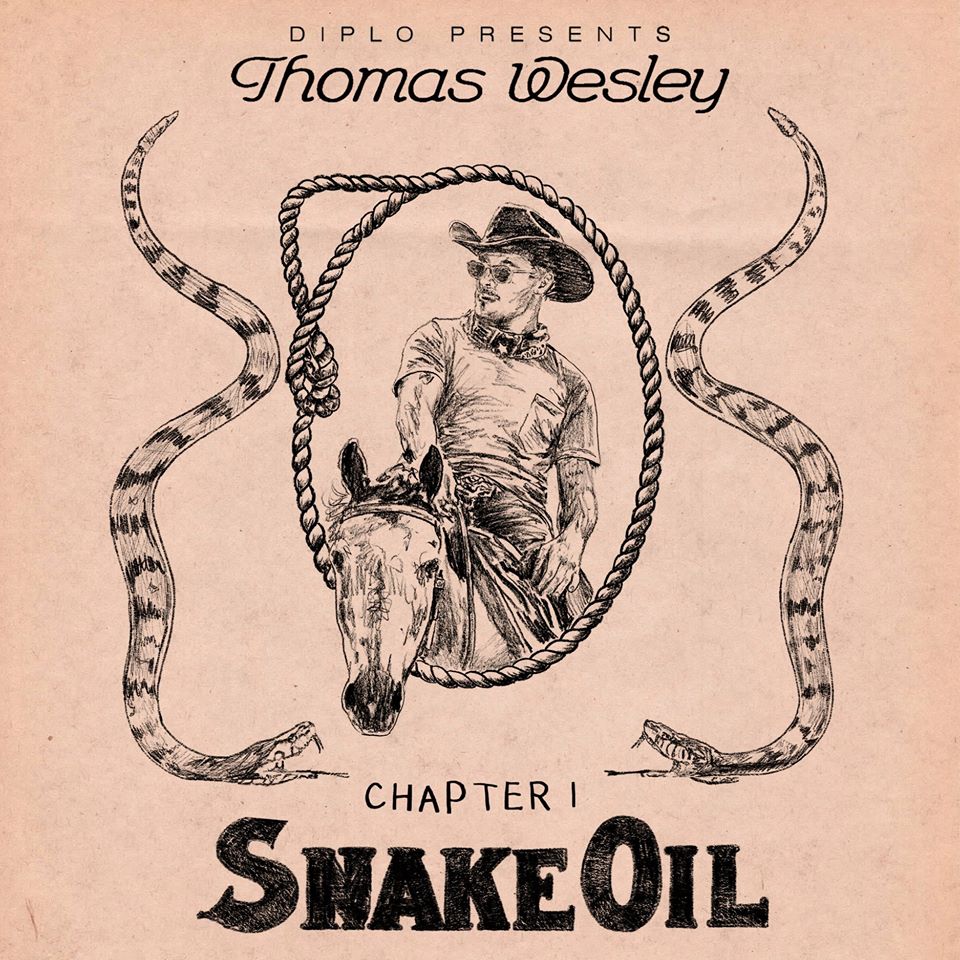 Diplo made it to the Top 10 Albums Chart of the Week with Chapter I: Snake Oil. The American artist Thomas Wesley, one of the most active DJ/producers during the Coronavirus lockdown, made the most out of his time.

The talented producer made it to the charts in both country and dance categories. However, this kind of achievement is not new for Diplo, who already reached four top 10s on the Top Dance/Electronic Albums chart.
The novelty is the appearance of the album in the country category, being this his first time on the list where he reached the 7th position.

If we look at the numbers, Diplo earned 14,000 equivalent album units, according to Nielsen Music/MRC Data. These are Pro numbers for an album that scapes Diplo’s main category.

Chapter I: Snake Oil contains 12 amazing tracks featuring amazing collaborations like the ones with Zac Brown, Thomas Rhett, or Morgan Wallen. In order to add variety to the album, Diplo also collaborated with top pop artists like the Jonas Brothers or Julia Michaels.

If you want to know the precedents of this achievement you must go back to 2010. On that occasion, Shooter Jennings made it to both top 10 album charts. Shooter Jennings made it first when Family Man reached No. 10 on the Country category and in 2012 with Countach… (For Giorgio) hitting No. 7 on the Dance category in 2016. Keep in mind that the Top Dance/Electronic Albums dates from June 2001.

Moreover, Miley Cyrus also reached the top 10 in both lists. However, the controversial artist made it using different names. She used her Disney alter ego Hanna Montana, and her own name, Miley Cirus to achieve it. Hannah Montana led Top Dance/Electronic Albums for seven weeks in 2008 with Hannah Montana 2: Non-Stop Dance Party. It is not the first time she achieved this as Hannah Montana: The Movie ruled Top Country Albums for nine weeks in 2009.

Diplo set his bet for the country category, where we can see he feels very comfortable. Diplo’s Debut Country Album Chapter 1: Snake Oil was a huge success. Without any doubt, Thomas Wesley is one of the most polyvalent artists in the scene. The lockdown could not stop him, making Diplo one of the most active producers in the actuality.