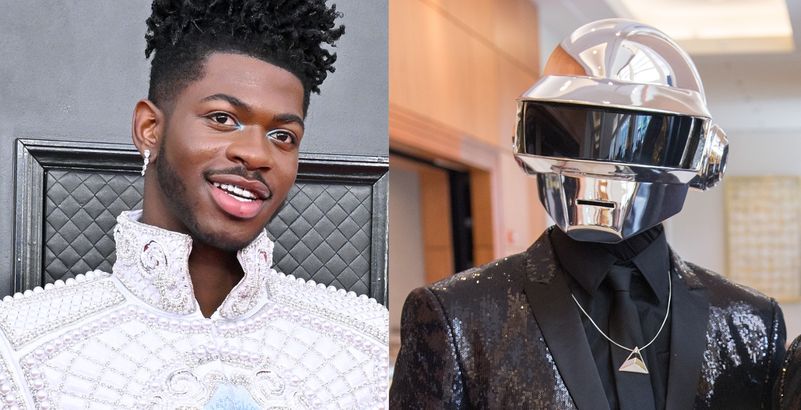 In a recent TikTok of rapper Lil Nas X, we could see one of the members of Daft Punk in the background. If they confirm the rumor, it would be the first foray sign of new music from Thomas Bangalter since the Daft Punk split last year.

The hitmaker shared a studio video earlier this week and fans re-shared it on TikTok. We can see a man who looks like Bangalter walking through the shot with a guitar. While no other info or evidence of the pair collaborating has surfaced, fans on social media have voiced their excitement about the potential partnership.

Here is a tweet from a fan where you can hear a snippet of the project as well you can check if the man of the back is effectively Thomas Bangalter or not.

One of the biggest stories of 2021 was the separation of Daft Punk after more than 20 years of releasing hits and constantly redefining what we consider electronic music. Reaching the hearts of many people with singles like ‘Get Lucky’ or ‘Around The World’, the duo was the stuff of legend. Bangalter is writing a score for a new ballet entitled Mythologies, co-produced with Opéra National de Bordeaux. The ballet is over 90 minutes in running time and will premiere from July 1st to the 10th.

Although no one has confirmed or denied this, it would be an epic moment where the iconic duo is having their first public appearances in a year.