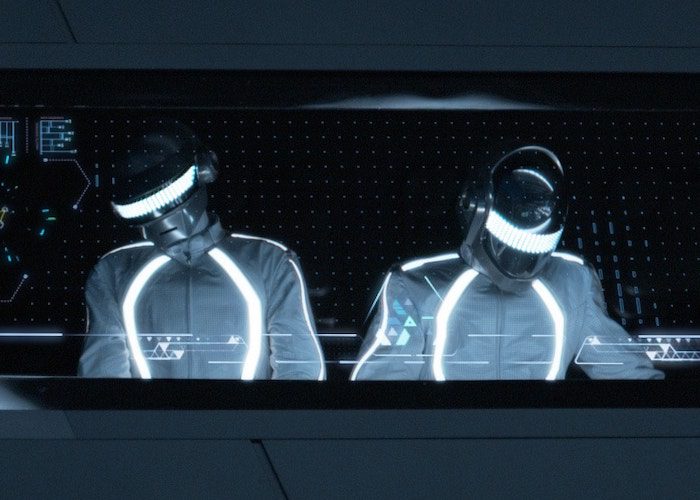 While we didn’t get the Daft Punk comeback we were hoping for at Coachella, perhaps Tron 3 will prevail. Disney just confirmed that the third installment in the franchise is in development. On top of it, Daft Punk is favored to return for the score.

First off, I just want to say that Daft Punk rocked the soundtrack for Tron Legacy. Their impeccable production for each song set the tone for each scene. Second, this news comes ten years after the series’ sequel. It’s been 38 years since the first installment; look how far CGI and production have come. Since John Ridley’s Tron television series for Disney+ canceled, this leaves room for sequel territory versus a reboot series. Sources have also reported Jared Leto as a lead.

No information has been provided on whether or not Jeff Bridges, Garrett Hedlund, Olivia Wilde, and the rest of the cast will reprise their roles. Though Disney hopes that Joseph Kosinski returns as the third installment’s film director and that Daft Punk returns for another iconic score.

As of right now, everything is under speculation regarding directorial duties and music production. But here’s hoping that the dance music community at least gets the reunion we’ve been waiting for. Kosinski’s modernization of the digitalized universe coupled with the incredible electronica soundtrack brought the 2010 film to life. It took us to a world we continue to fantasize about. Both components seem very necessary for a third movie don’t you think? Disney fans, we must make this happen.

Now, rumor mills may start churning on whether or not this will actually happen. But with Disney+, anything can happen–according to Disney music executive, Mitchell Leib.

“Now with Disney+, I think there are opportunities to be creating content that we otherwise wouldn’t have been able to create, you know because we’re in the movie business. Disney+ I think is going to afford us the opportunity to expand and get much more diversified in the kind of content we can create.” – Mitchell Leib

Supposedly there is a “phenomenal” script and the timing could be perfect now. From the last movie to the future one, the pieces of the puzzle just need to come together. I think Daft Punk and Tron fans alike would enjoy a new movie.

Lieb is pushing for the French electronic duo to return because it is the “right and first thing to do”. If they are up for it, we are here for it.