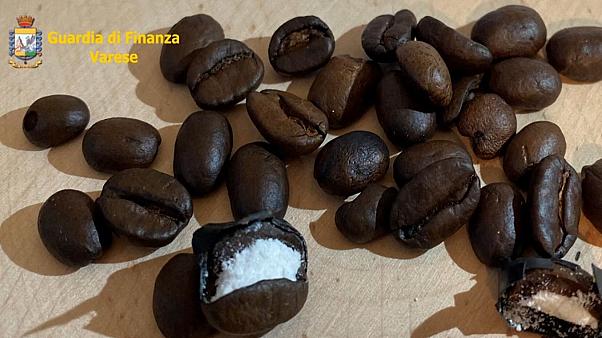 According to NBC News, a suspicious package of coffee beans were shipped from Medellin, Columbia.. The name “Santino D’Antonio” was written on the bag. This name refers to the mafia boss in the film John Wick. Initially shipped to a tobacco shop in Florence, Italian police followed the address and arrested a 50-year-old man once he received the package.

According to Global News, this is not the first attempt to smuggle drugs through coffee beans. In 2014, there was a case in Berlin where they found 33 kilograms of cocaine in a bag that was shipped from Brazil. In 2019, The Italian police found 644 kg of coke inside a package of Honduran coffee.

You can view a video of the official drug bust down below.