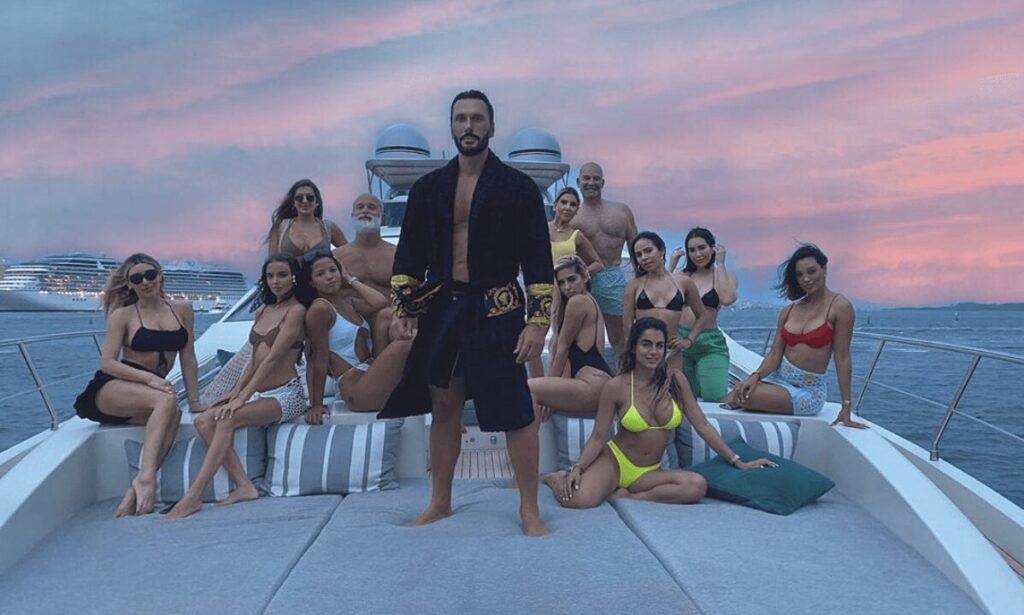 Celebrating a birthday in Miami can mean going big at a chic restaurant and partying at a beach or nightclub or yacht. Miami-based DJ Cedric Gervais, who turned 41 on Sunday, was able to enjoy some of that over the weekend with pal and fellow producer Alesso. Not only did the birthday boy have fun—his festivities showed celebrities’ confidence in going out as Miami comes back to life from the Covid-19 shutdown.

Cedric, whose real last name is DePasquale, had his birthday dinner at the just-reopened Swan restaurant in the Design District. Guests were seated in an open-air garden at tables that were socially distanced, the Miami Herald reported on Monday. Instead of looking at traditional menus, guests scanned a QR code to view items on their phones. Servers wore masks. And yes, DePasquale did hit the decks—with Alesso shoulder to shoulder.

“It’s good to be back!” wrote Swan owner David Grutman, who documented the party on his Instagram stories.

Cedric got a gigantic cake with sparklers. A lot of food was served and women dolled up in bandage dresses were among the attendees.

But his party wasn’t limited to dinner. The day after his birthday, Cedric posted a photo on Instagram of himself standing on a yacht with a dozen people behind him, mostly women in bikinis.

“Thank you for all the birthday wishes love you guys!” he wrote.

Cedric’s Instagram stories on Tuesday further reinforced he had an epic birthday. As the DJ pumped iron with some weight training equipment, the person recording him could be heard saying, “Back at it after a phenomenal birthday weekend. Outdoor gym. Taking home training to the next level.”

Also on Tuesday, Grutman, who owns LIV and Story nightclubs, showcased lunch offerings at Swan on his Instagram story. And on Wednesday, Grutman quote tweeted the city of Miami’s announcement that beaches were officially open and commented, “Welcome Back. Let’s go for a swim.”

Miami’s reopening has lagged behind other parts of Florida including Palm Beach. Like many major cities across the United States, aspects of Miami’s shutdown were prolonged last week by a curfew imposed around the George Floyd protests. However, Miami-Dade County gyms opened on Monday with socially distanced workouts and industrial-strength air circulation systems.

As of Tuesday, Miami-Dade County had 224 more reported coronavirus cases and seven new deaths, according to Florida’s Department of Health. That brings the county’s total to 19,980 confirmed cases and 774 deaths, the most in the state. The rise in cases has been attributed to expanded testing. Meanwhile, positive test results are down to about 5.25 percent.

While Cedric’s private birthday party didn’t make many headlines, he had the spotlight on May 29 when he did a rooftop livestream at the Paramount Miami Worldcenter benefiting the National Alliance on Mental Illness. It re-airs on Wednesday on Armada Music’s Twitch channel.